by Alexandru Micu
in Archaeology, History, News
Reading Time: 2 mins read
A A
Share on FacebookShare on TwitterSubmit to Reddit

Greek archaeologists have unearthed a large part of an ancient theater in Thouria, near the current-day port town of Kalamata in the Peloponnese, the country’s Ministry of Culture announced on Thursday. The ruins are, for the most part, in excellent condition. 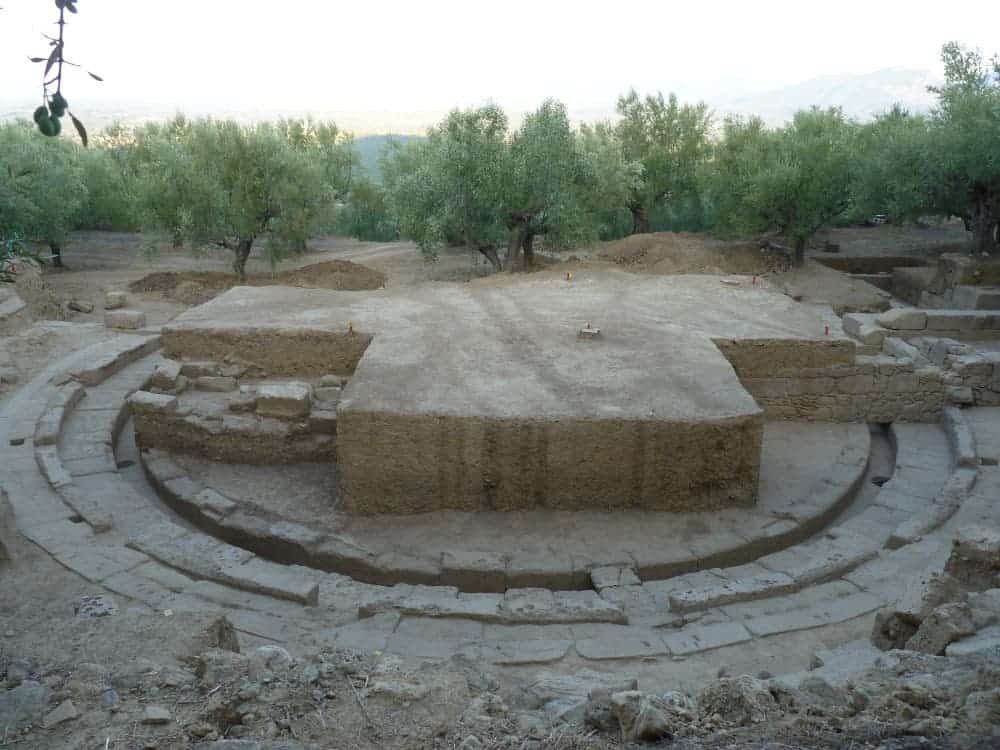 Summer excavation works at the Thouria site have revealed most of the city’s ancient theater building, constructed in the 4th century BC. The building is still in excellent shape after millennia. So far, the archaeologists have unearthed the entire perimeter of the theater’s orchestra pit — a round area measuring 16.30m (53.47ft) in diameter, — the sewage duct surrounding the orchestra, and the first row of seats which were found in almost perfect condition.

The archaeologists report that behind this first row of seats the lower hollow (initially an empty space below the sitting area) contains a large number of fallen architectural elements that formed the overhead stands. Surprisingly, they say that many of the seats have survived the collapse and passage of time and remain intact. All in all, the excavated theater area spans 51.25 meters in length and 22.8 in width, the Ministry reports. 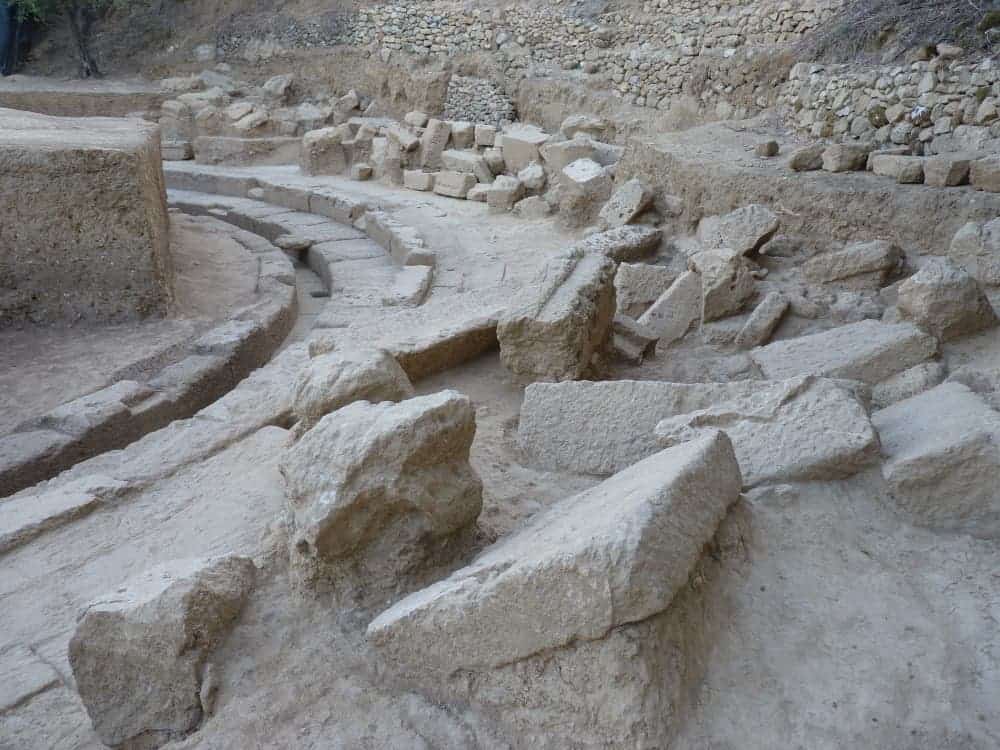 Thouria was a vital transit city in ancient Greece, regarded as one of the most important regions of western Messinia and the second most powerful city-state after Messenia was founded in 369 BC. Excavations in the area started 10 years ago, after a lengthy process of pinpointing the site through epigraphy and text reference by ancient Greek geographers Pausanias and Strabo. The first remains of the theater were discovered during excavations in the summer of 2016. 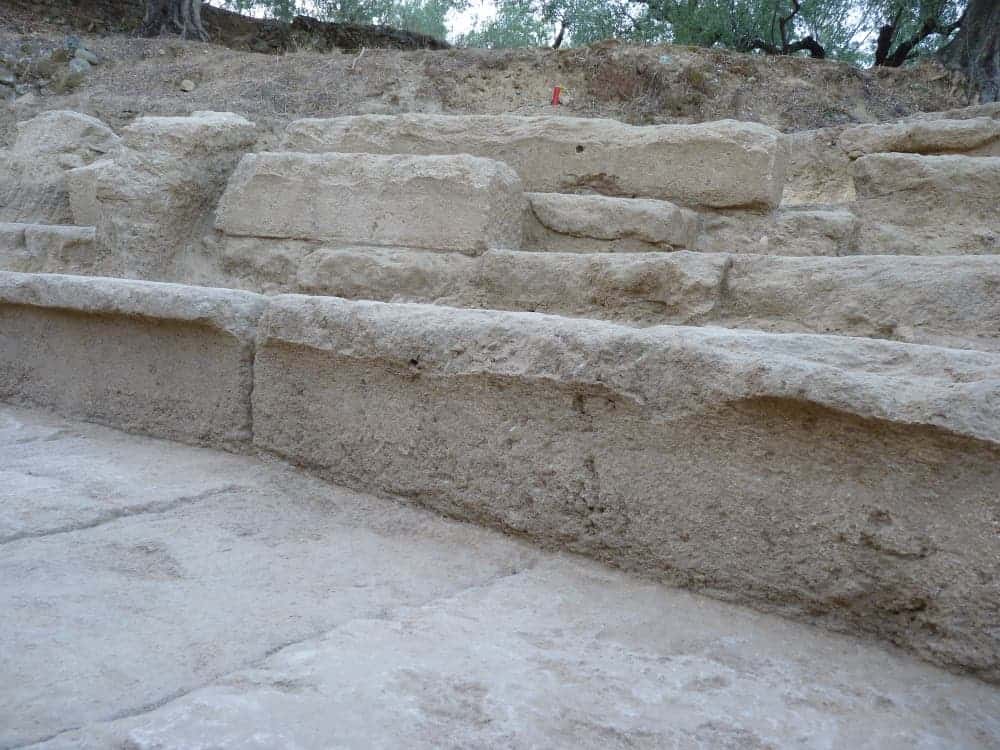 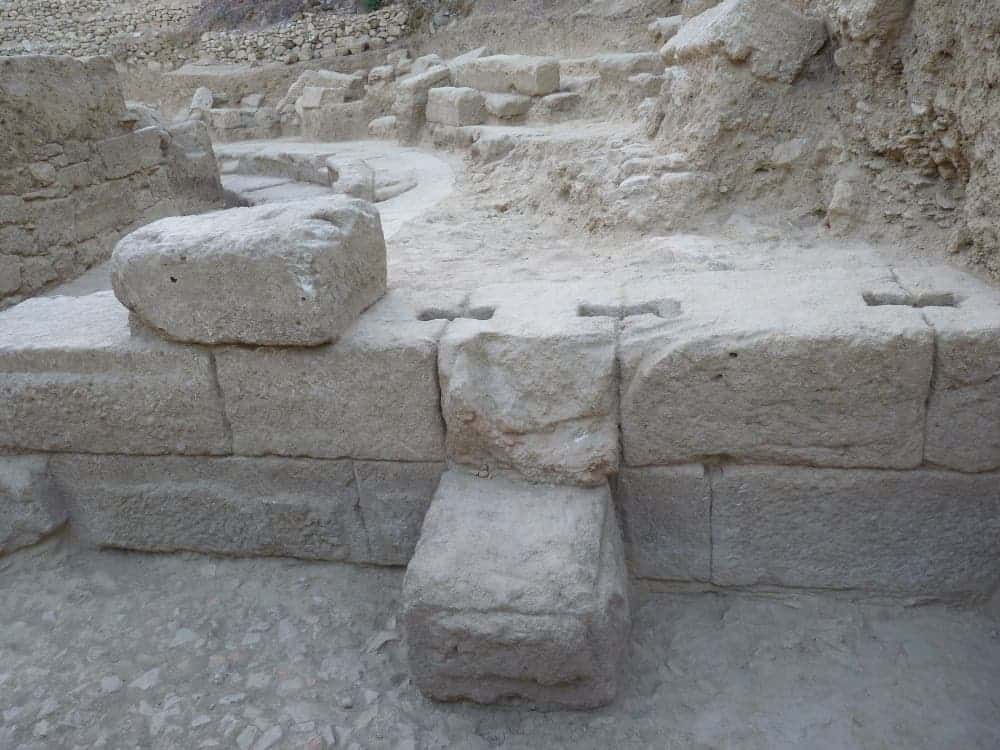 Thouria’s theater is oriented to the west, overlooking the vast fertile plain of Messinia, known in the antiquity as “Makaria” (Blessed), and in the distance, to the southwest, the sea of the Messinian Gulf, which in the ancient times was called “Thouriates” (that belonged to Thouria), Greek archaeologists explained. 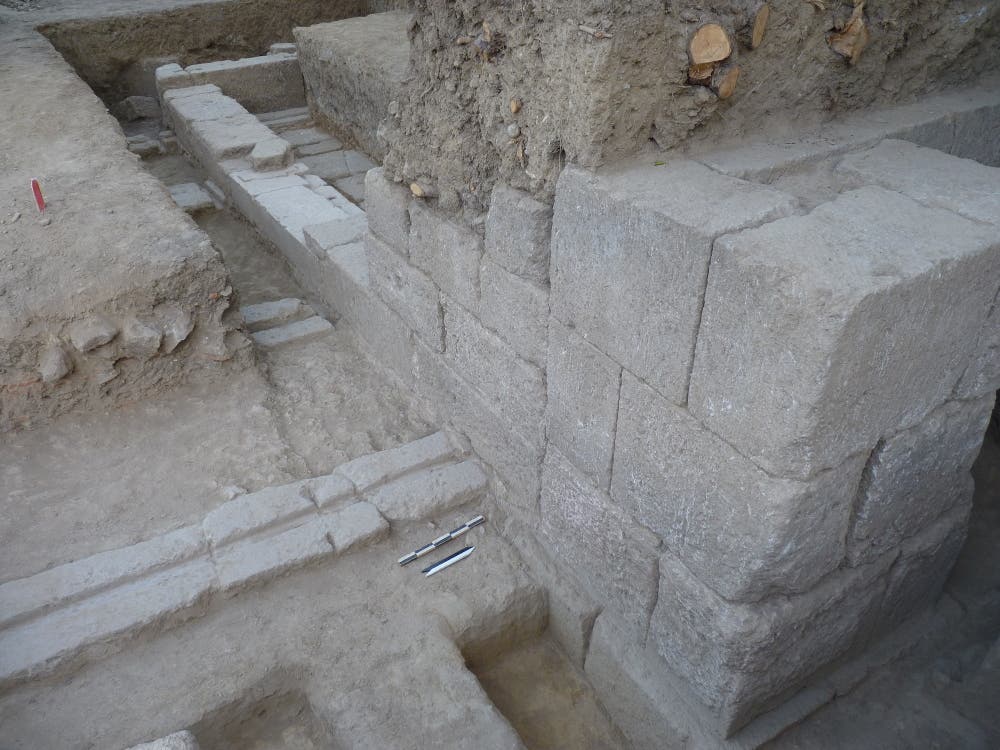