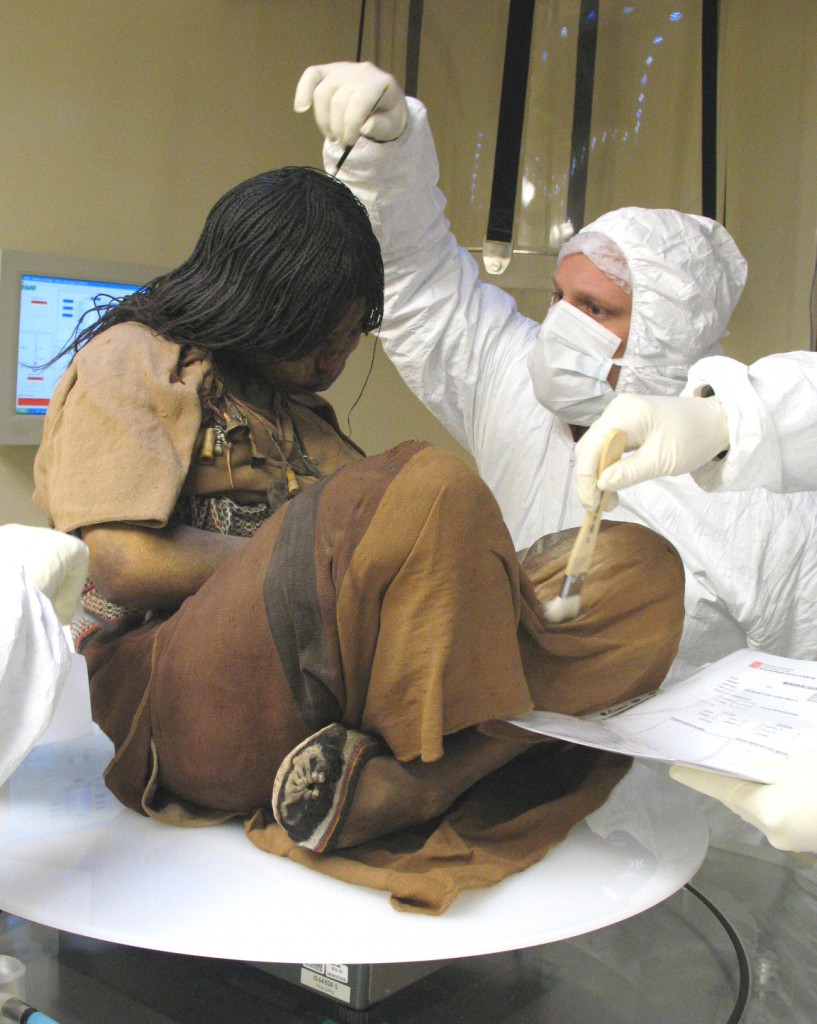 Furthermore, grim evidence showed that the Inca fattened their children before killing them, changing their diets about a year before the sacrifice, probably when they were chosen. After being given a ceremonial meal, she was walked to a shrine 82ft (25 metres) from the top of the 22,110ft (6,739 metres) volcano Llullaillaco, where they were suffocated or left to die from exposure.

“By examining hair samples from these unfortunate children, a chilling story has started to emerge of how the children were ‘fattened up’ for sacrifice,” Dr Andrew Wilson said.

The girl is incredibly well preserved, although she has been dead for 500 years. After taking samples from numerous Peruvians, scientists found a DNA match between the 15-year-old girl and a man from the small village at the foot of Mount Ampato some 1,000 miles away from the burial site, making him a “living Inca” with a direct blood line to a young girl who 500 years ago was chosen to live with the gods.

Edit: Read more about this study here or access the full study here.