by Mihai Andrei
in Archaeology, Studies
Reading Time: 2 mins read
A A
Share on FacebookShare on TwitterSubmit to Reddit

If you ask me, the Greeks are by far the most remarkable ancient people, laying the base for science, philosophy and even art as we know it today. They also loved to trade, in order to achieve the means for the life they desired. However, we are only learning how and what they used to trade. 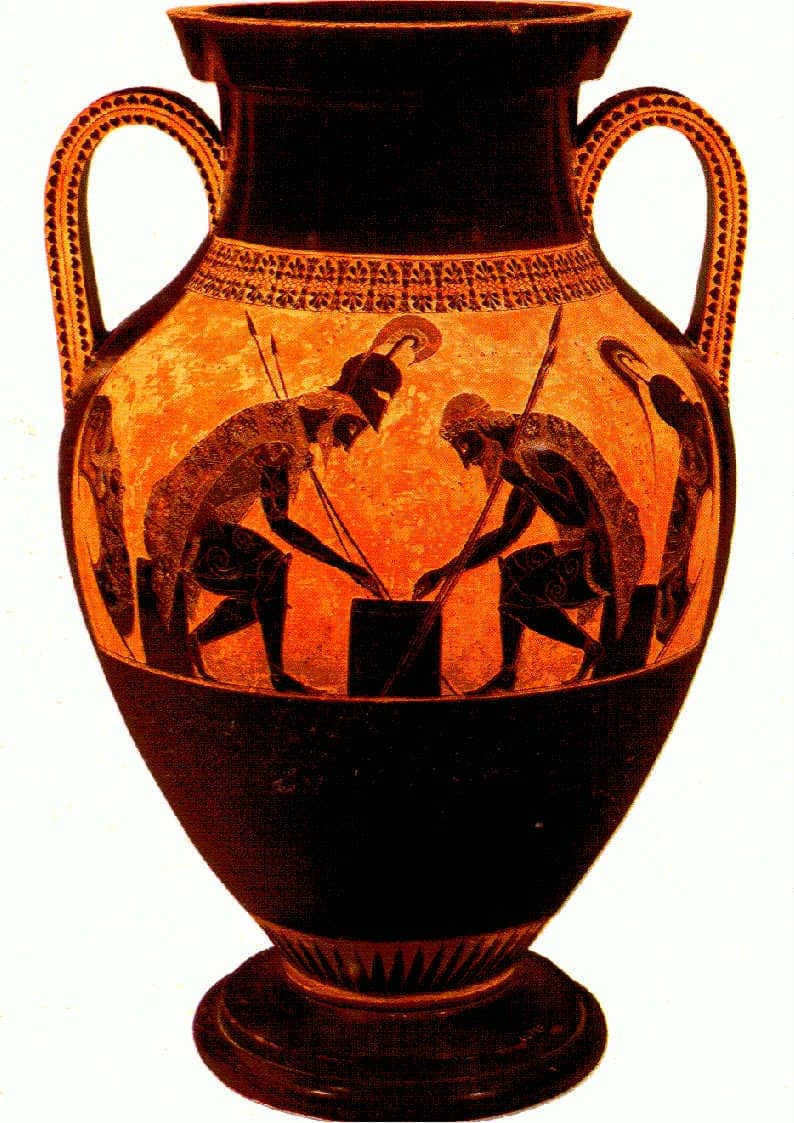 Ancient historians believed Greek sailors were using amphorae (ancient storage units) to transport and trade wine – but as it turns out, the Greeks once again are surprising.

Led by archaeologist Brendan Foley from Woods Hole Oceanographic Institution (WHOI) and geneticist Maria Hansson from Lund University in Sweden led the study, which retrieved DNA from amphorae found on the bottom of sunken transport ships. As expected, some of them contained grape DNA, consistent with the wine theory; however, others contained traces of olives, presumably from olive oil, but the analysis also revealed DNA hits from honey, ginger, walnut, fish, juniper, legumes, mint, oregano and thyme – a surprising collection of products.

Scientists hope to take this study one step further and figure out what the Greeks trasported during dfferent periods. Here is the abstract of the paper, as present on Nature.

Abstract
Ancient DNA trapped in the matrices of ceramic transport jars from Mediterranean shipwrecks can reveal the goods traded in the earliest markets. Scholars generally assume that the amphora cargoes of 5th-3rd century B.C. Greek shipwrecks contained wine, or to a much lesser extent olive oil. Remnant DNA inside empty amphoras allows us to test that assumption. We show that short ∼100 nucleotides of ancient DNA can be isolated and analyzed from inside the empty jars from either small amounts of physical scrapings or material captured with non-destructive swabs. Our study material is previously inaccessible Classical/Hellenistic Greek shipwreck amphoras archived at the Ministry of Culture and Tourism Ephorate of Underwater Antiquities in Athens, Greece. Collected DNA samples reveal various combinations of olive, grape, Lamiaceae herbs (mint, rosemary, thyme, oregano, sage), juniper, and terebinth/mastic (genus Pistacia). General DNA targeting analyses also reveal the presence of pine (Pinus), and DNA from Fabaceae (Legume family); Zingiberaceae (Ginger family); and Juglandaceae (Walnut family). Our results demonstrate that amphoras were much more than wine containers. DNA shows that these transport jars contained a wide range of goods, bringing into question long-standing assumptions about amphora use in ancient Greece. Ancient DNA investigations open new research avenues, and will allow accurate reconstruction of ancient diet, medicinal compounds, value-added products, goods brought to market, and food preservation methods.