by Mihai Andrei
in Archaeology
Reading Time: 3 mins read
A A
Share on FacebookShare on TwitterSubmit to Reddit

Archaeologist and professor Martti Pärssinen from the University of Helsinki has made a sensational find: he found signs of a unknown ancient civilisation in the Amazonian area, unearthing several unique artefacts, including entirely new forms of ceramics. 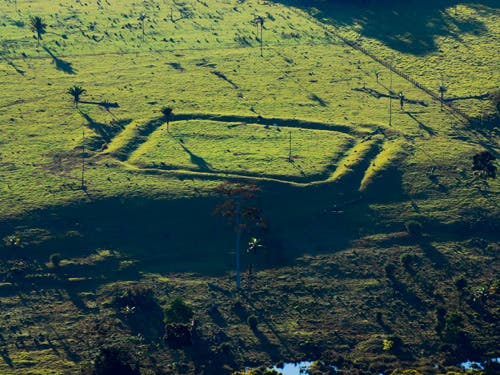 As bad as the clearing of Amazonian rainforests is, Pärssinen took advantage of it and studied some mysterious patterns in the earth. The large-scale patterns are best visible from the air, and he took several pictures from up above. The geometrical patterns mostly consisted of mounds and moats, many of them being huge, with sides measuring a few hundreds of meters; over 300 such structures were found in the Brazilian state of Acre alone. The construction feat has been compared by archaeologists to the pyramids in Egypt – Pärssinen believes just as much work (if not more) has been put into it.

“We are talking of enourmous structures, with diameters ranging from 100 to 300 meters, connected by straight orthogonal roads. They are strategically located on plateaux tops above the river valleys. Their builders took advantage of the natural topography in order to construct spaces that were full of symbolic meaning.”, said Denise Schaan, co-author of the study and anthropologist at the Federal University of Pará, in Belém, Brazil. 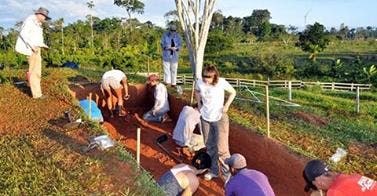 The find has been a sensation and it put the entire Amazon basin in an entire new different light, as it was previously thought that only a few wandering tribes inhabited it – no significant civilization. Graduate student Ivandra Rampanelli from Spain’s University of València says the patterns are rewriting the history of habitation of the Amazon – an area which was thought to be sparsely populated. The finding also demolished the idea that soils in the upper Amazon were too poor to support extensive agriculture.

Radiocarbon dating conducted on the construction show that the earliest ones were built some 2.000 years ago, and the civilization hit an abrupt decline, virtually disappearing some 700 years ago, possibly due to diseases carried by Europeans. 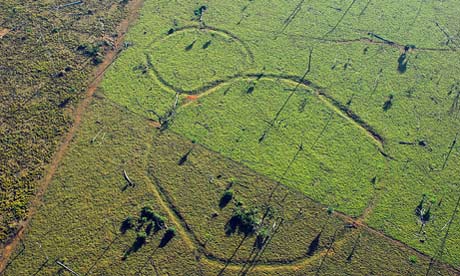 “The geoglyphs are an astonishing discovery. They do not represent the ancient city full of gold long sought by the early explorers of the Amazon, but they are indeed an El Dorado to archaelogists: they are the vestiges of a sophisticated pre-Columbian monument-building society.”, added Denise Schaan.

Among the recovered artefacts archaeologists noted 300 kilograms of pot shards, some of which feature ornamentation totally unknown to science, while some suggest distant connections to civilizations in the Andes. Pärssinen couldn’t be more happy, as the discoverer of this long lost civilization.