A surprising finding could change the history of orthodoxy.

A surprising finding could change the history of early orthodoxy. In the biggest underground city in the work, archaeologists have found a church with frescoes hidden from sight for centuries. They show Jesus rising into the sky and defeating evil. 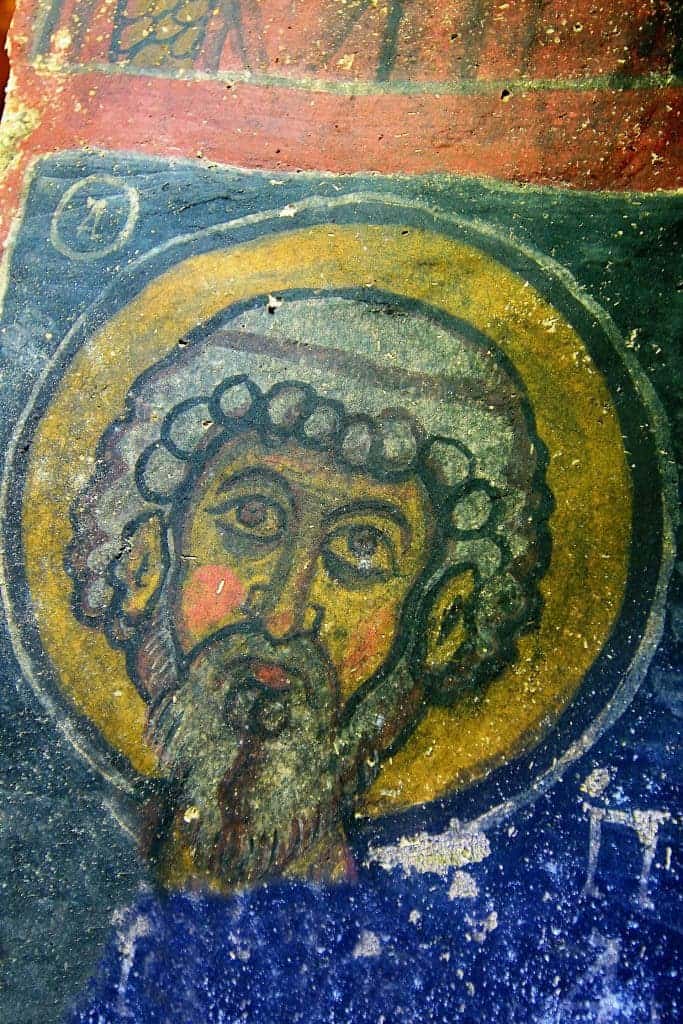 The site itself is spectacular. Just imagine – it’s an underground city which has been inhabited since 5000 years ago. The city could have easily accommodated 20,000 people and had all the usual amenities found in other underground complexes, including wine and oil presses, stables, cellars, storage rooms, refectories, and, of course, chapels and churches. This 1,500 year old church is a great example.

The rock-carved underground church is located within a castle in the center of the Turkish city Nevşehir, an area known for subterranean structure. The archaeologists have studied only the top part of the church, because that’s how far they got with the excavations.

“Only a few of the paintings have been revealed,” said researcher Ali Aydin, who told the Hurriyet Daily News: “There are important paintings in the front part of the church showing the crucifixion of Jesus and his ascension to heaven. There are also frescoes showing the apostles, the saints and other prophets Moses and Elyesa.”

Ironically, the archaeological work was only being done because of a housing plan in the city – and now this could reveal a forgotten chapter in the history of Orthodoxy. 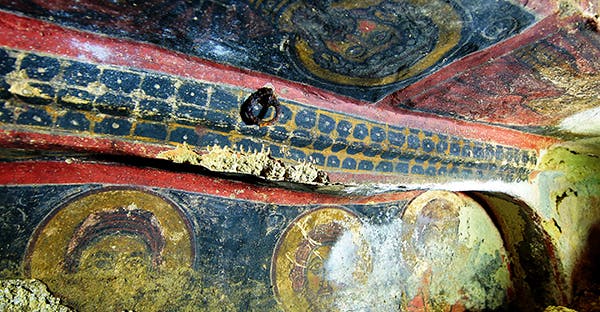 The frescoes they have uncovered already seem to be unique, depicting uncommon scenes, most notably that of Jesus the Christ rising into the sky and punishing bad souls. However, uncovering the paintings is no easy feat. The church was filled with soil and rubble, and it will take a lot of digging, cleaning and restoration before the paintings can be admired and studied properly. Ali Aydın, an archaeologist working at the site, emphasized that only the church roof is visible – so we don’t even know how tall it is.

“We have stopped work in order to protect the wall paintings and the church. When the weather gets warmer in the spring, we will wait for humidity to evaporate and then we will start removing the earth,” he said.

He expects even more spectacular paintings to be unearthed.

“Only a few of the paintings have been revealed. Others will emerge when the earth is removed. There are important paintings in the front part of the church showing the crucifixion of Jesus and his ascension to heaven. There are also frescoes showing the apostles, the saints and other prophets Moses and Elyesa,” he said, adding that they had also found the real entrance of the church used in the past but had yet to expose it.

The Byzantine Empire, sometimes referred to as the Eastern Roman Empire extended over much of today’s Turkey, including the area where the underground city is.