by Mihai Andrei
in Archaeology, Shorties
Reading Time: 2 mins read
A A
Share on FacebookShare on TwitterSubmit to Reddit 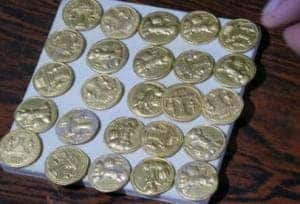 Archaeologists working in the area unearthed 66 magnificent gold coins that are at least 1,400 years old, dating back to the Sassanid era that extended from 225 BC to 640 AD. The coins were sent to the lab for age analysis which will better pinpoint their origin in time.

The coins have flame decorations and all depict a king or a god, and it is believed that many more such coins exist, but they have been stolen by vandals – a story that goes for most of Iraqi archaeological treasures. It is currently estimated that 32,000 pieces were stolen from 12,000 archaeological sites across Iraq, and 15,000 others disappeared from the National Museum in Baghdad – and that’s according to official records.

Interestingly enough, during the rule of Saddam Hussein, strict laws were enforced preventing this kind of theft, but since his demise, Iraqi archaeology has pretty much become a finders keepers game. 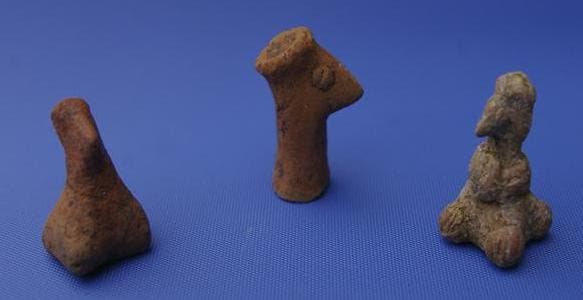 The findings in Greece date even further in time, during the Middle Neolithic period (c. 5800 – 5300 BC). Archaeologists working at the University of Southampton unearthed the figurines at the Koutroulou Magoula site, near the Greek village of Neo Monastiri, around 160 miles from Athens. This is arguably the greatest statue density of the period.

“Figurines were thought to typically depict the female form, but our find is not only extraordinary in terms of quantity, but also quite diverse – male, female and non-gender specific ones have been found and several depict a hybrid human-bird figure,” says Professor Yannis Hamilakis, Co-Director of the Koutroulou Magoula Archaeology and Archaeological Ethnography project.
He continues, “We still have a lot of work to do studying the figurines, but they should be able to give us an enormous amount of information about how Neolithic people interpreted the human body, their own gender and social identity and experience.”

The community which created these statues was highly sophisticated for the time, creating stone and mud-brick houses. The statues were found all over the site, with some of them even on the walls, which made archaeologists believe that not only do they have an aesthetic value, but they also play a symbolic cultural role in this type of civilization.