While scanning underneath the waters of Lake Michigan for shipwrecks, archeologists found something a lot more interesting than they bargained for.

by Tibi Puiu
in Archaeology, Offbeat, Other
Reading Time: 3 mins read
A A
Share on FacebookShare on TwitterSubmit to Reddit 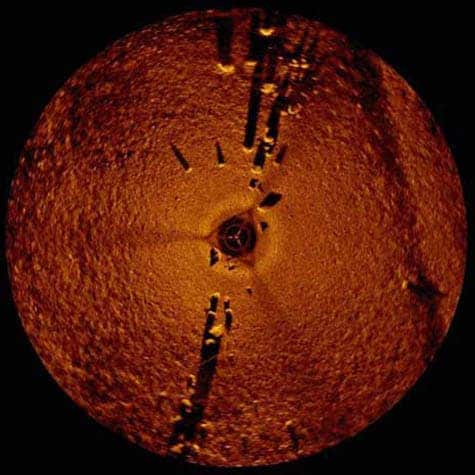 While scanning underneath the waters of Lake Michigan for shipwrecks, archeologists found something a lot more interesting than they bargained for: they discovered a boulder with a prehistoric carving of a mastodon,  as well as a series of stones arranged in a Stonehenge-like manner.

Gazing into the water

Using remote sensing techniques is common in modern archaeology – scientists routinely survey lakes and ground for hidden structures. At a depth of about 40 feet into Lake Michigan’s Grand Traverse Bay, using sonar techniques to look for shipwrecks, archeologists discovered sunken boats and cars and even a Civil War-era pier, but among all these they found this prehistoric surprise, which a trained eye can guess by looking at the sonar scans photos in this article. 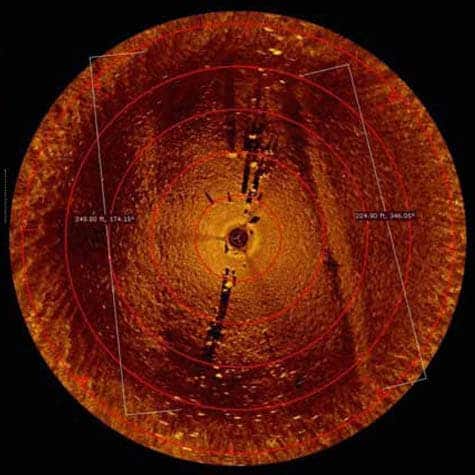 “When you see it in the water, you’re tempted to say this is absolutely real,” said Mark Holley, a professor of underwater archaeology at Northwestern Michigan University College who made the discovery, during a news conference with photos of the boulder on display in 2007. “But that’s what we need the experts to come in and verify. 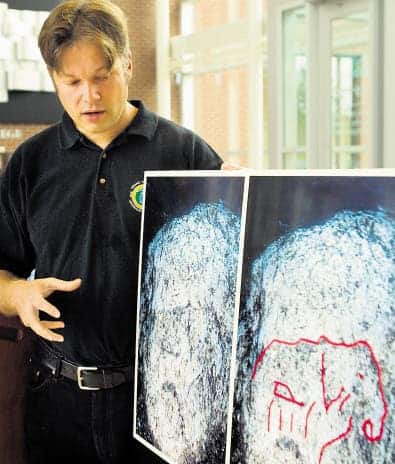 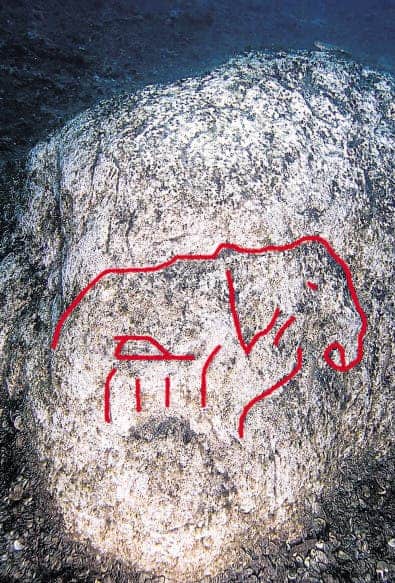 The boulder with the markings is 3.5 to 4 feet high and about 5 feet long. Photos show a surface with numerous fissures. Some may be natural while others appear of human origin, but those forming what could be the petroglyph stood out, Holley said.

Viewed together, they suggest the outlines of a mastodon-like back, hump, head, trunk, tusk, triangular shaped ear and parts of legs, he said.

“We couldn’t believe what we were looking at,” said Greg MacMaster, president of the underwater preserve council.

Specialists shown pictures of the boulder holding the mastodon markings have asked for more evidence before confirming the markings are an ancient petroglyph, said Holley.

“They want to actually see it,” he said. Unfortunately, he added, “Experts in petroglyphs generally don’t dive, so we’re running into a little bit of a stumbling block there.”

If found to be true, the wannabe petroglyph could be as much as 10,000 years old – coincident with the post-Ice Age presence of both humans and mastodons in the upper midwest. The formation, if authenticated, wouldn’t be completely out of place. Stone circles and other petroglyph sites are located in the area.

The discovery was made back a few years ago, and surprisingly enough the find hasn’t been popularized at all, with little to no information available online, but I’ll be sure to update this post as soon as I can get ahold of more info. So, who’s from Michigan? 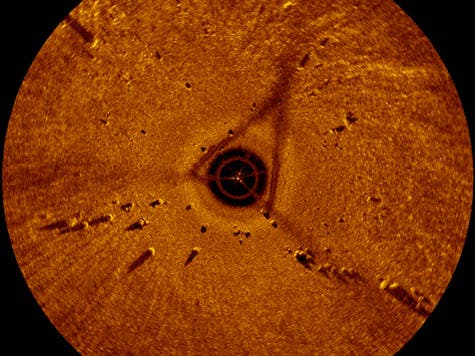