Manure was used by European farmers 8000 years ago

A new study has shown that European farmers used far more sophisticated practices than was previously thought. The Oxford research found that Neolithic farmers used manure as a fertilizer as early as 6000 BC. 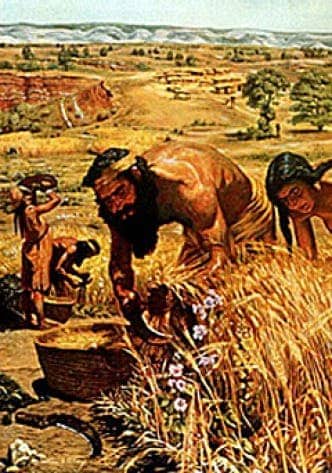 It has been previously assumed that manure wasn’t used in agriculture until Roman times. This technique is fairly complex, because dung takes a while to break down, and the crops benefit from its nutrients over many years. This clearly indicates a long term commitment to agriculture – and involvement in the same fields.

In order to reach this conclusions, they conducted an isotopic analysis, and found that enriched levels of nitrogen-15, a stable isotope abundant in manure, have been found in the charred cereal grains and pulse seeds taken from 13 Neolithic sites found in Europe.

The meaning of this discovery goes much further than just “they used dung for fertilizing”.

‘The fact that farmers made long-term investments such as manuring in their land sheds new light on the nature of early farming landscapes in Neolithic times. The idea that farmland could be cared for by the same family for generations seems quite an advanced notion, but rich fertile land would have been viewed as extremely valuable for the growing of crops. We believe that as land was viewed as a commodity to be inherited, social differences in early European farming communities started to emerge between the haves and the have-nots.’, explained lead author Dr Amy Bogaard from the School of Archaeology at the University of Oxford.