‘Hobbits’ didn’t evolve from a direct modern human ancestor. They likely originate from Africa instead

by Tibi Puiu
in Anthropology, News
A A

Until some 17,000 years ago, we humans shared the Earth with another close relative: Homo floresiensis. Often called the ‘hobbit’ because of its dwarfish stature, scientists have long debated the origin of this species first discovered as recently as 2003 in the Liang Bua cave on the remote Indonesian island of Flores. Now, scientists who embarked on the most comprehensive analysis of H. floresiensis yet claim the debate is over. The hominid is a distant relative to modern humans and, instead, likely evolved from another branch of hominid from Africa.

During the misty years following the discovery of the Flores hobbits, one of the most promising hypotheses explaining their origin posited that the 1.1-meter-tall creatures evolved from Homo erectus populations settled in Asia. Homo erectus is basically the first hominid that looked like a human.

Homo erectus had a long tenure. The earliest Homo erectus fossils are dated to roughly 1.8 million years ago, while the youngest fossils assigned to this species date to roughly 300 thousand years ago. The stature of Homo erectus is considered to be very similar to that of living humans having a hindlimb that’s much longer than in earlier forms. Its skulls were generally thicker and more massively built than those of H. sapiens, but all other features point to striking similarities between the two species.

Initial surveys of H. floresiensis remains suggested it was a direct descendant of H. erectus, but some critics have pointed out the evidence presented thus far is inconclusive. To get to the bottom of things Australian researchers led by Dr. Debbie Argue from the Australian National University examined 133 cranial, postcranial, mandibular, and dental remains coming from H. floresiensis but also other hominid species. No other study collected or examined these many samples before and previously scientists focused on finding the best match for the skull and lower jaw only.

The examination showed that H. floresiensis doesn’t share that as many features with H. erectus as some believed. Instead, the hobbits seem much more similar to Homo habilis, the earliest representative of the Homo genus which lived between 1.6 million and 2.4 million years ago.

“The analyses show that on the family tree, Homo floresiensis was likely a sister species of Homo habilis. It means these two shared a common ancestor,” Dr Argue said.

The findings refute the idea that the hobbits evolved from Asian Homo erectus which presumably underwent island dwarfing. Instead, a counter-hypothesis which suggests the hobbits evolved from an earlier ancestor in Africa, who was most likely Homo habilis, seems more favorable. The hobbits either evolved in Africa then migrated to Asia where they eventually reached the island of Flores in Indonesia or the common ancestor migrated from Africa then evolved into H. floresiensis somewhere on route or on the famous island itself.

The biggest takeaway is that H. floresiensis was far more primitive than previously thought, though it went extinct less than 15,000 years ago.

“We can be 99 per cent sure it’s not related to Homo erectus, and nearly 100 per cent chance it isn’t a malformed Homo sapiens,” said Professor Mike Lee of Flinders University and the South Australian Museum, and co-author of the study published in the Journal of Human Evolution. 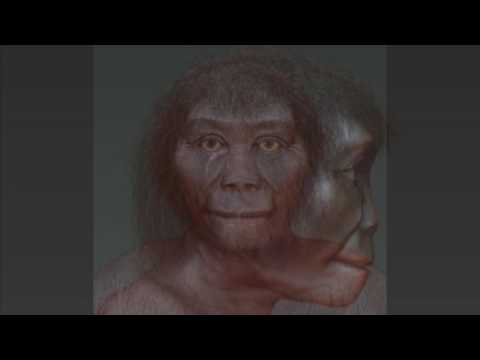