Book review: ‘The Gaia Hypothesis: Science on a Pagan Planet’

When James Lovelock came up with the Gaia hypothesis, today also commonly referred to as Gaia theory, he likely didn't know it will affect his entire life. The theory proposes that organisms interact with their inorganic surroundings on Earth to form a self-regulating, complex system that works together to maintain the conditions required for habitability. In a way, even though obviously not an organism, the planet actually behaves like an organism. The Gaia Hypothesis: Science on a Pagan Planet discusses how this theory emerged and evolved throughout the year, itself almost like a living organism. 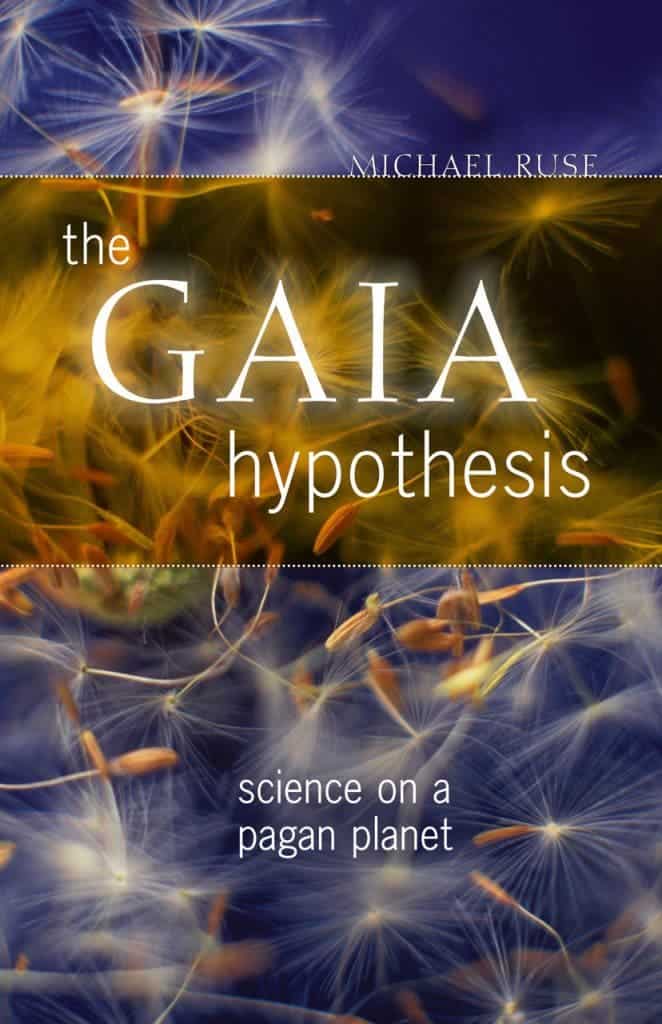 “The Gaia Hypothesis: Science on a Pagan Planet”
By Michael Ruse
University Of Chicago Press, 272pp | Buy on Amazon

When James Lovelock came up with the Gaia hypothesis, today also commonly referred to as Gaia theory, he likely didn’t know it will affect his entire life. The theory proposes that organisms interact with their inorganic surroundings on Earth to form a self-regulating, complex system that works together to maintain the conditions required for habitability. In a way, even though obviously not an organism, the planet actually behaves like an organism. The Gaia Hypothesis: Science on a Pagan Planet discusses how this theory emerged and evolved throughout the year, itself almost like a living organism.

James Lovelock is (and I speak my own opinion) one of the most brilliant and interesting men on the face of the Earth. Known today as an independent scientist, environmentalist and futurist (at least according to Wikipedia), Lovelock’s formation is actually as a chemist, and I’d consider him more of the inventor type. Lovelock has created and developed many high quality scientific instruments, some of which were designed for NASA in its program of planetary exploration.  He also claims to have invented the microwave oven. But today, he is known by most people for the Gaia hypothesis… why is this?

Well, most of his inventions were highly praised and cherished among the scientific community, while Gaia was initially laughed at. As for the general public, the situation was pretty much reversed. While not an unknown figure by any means, Lovelock’s work was unknown by most of the population, but his Gaia theory was warmly embraced. The book does a great job at explaining what were the factors leading to this situation, as well as the motivation, scientific and even personal background that created this unique situation.

Lovelock wasn’t alone in his attempts – he co-wrote a scientific paper on Gaia with Lynn Margulis, another controversial figure in the world of science. Margulis was an American biologist best known for her scientific theory on the origin of complex cells, called symbiogenesis. She was a strong critic of Charles Darwin’s gradual selection theory and modern evolutionary theory, repeatedly saying that she is a Darwinist, but not a neo-Darwinist – I won’t go into more details, the book brilliantly does that so I don’t want to spoil it.

But Margulis’ contribution did nothing to deter the strong rejection coming from virtually all scientists. There were some arguments to support Gaia, such as the regulation of water salinity and the connection between the phytoplankton and the atmospheric sulphur, but the entire idea was not something that scientists (especially biologists) were prepared to accept at the time. With Richard Dawkins as one of the most vocal critics, scientists from all fields swarmed on the theory with an almost vicious frenzy, but even so, Lovelock and Margulis refused to cave. This is not saying that the Gaia’s critics didn’t have their (very solid) arguments, but almost no one even acknowledged Gaia’s strong points. The stage was set for a fantastic story.

So we have two brilliant but controversial scientists, a very receptive public undergoing major social changes (especially with the rise of environmentalism in the 60s), a strong rejection from the scientific community, and, in the middle of it all, a theory (or belief?) that our entire planet behaves as a single, self-regulating organism. What happened? I’ll let you find out from the book, because it is in fact quite the story, and Ruse sure is a great story teller. The entire book seemed like a story to me – a long, Forrest-Gump-esque story someone tells you on a bench in the park; and I enjoyed it quite a lot. I also learned a lot from it, and it gave me a very good sense of interesting events that happened way before I was born.

I’d recommend this book to anyone, regardless of their scientific background (or lack of it), and regardless of their familiarity with Lovelock’s ideas. I thoroughly enjoyed it and found myself underlying several passages to revisit later. I most definitely will. The only thing which I think might have been improved was the book’s ending. It was quite predictable, and if I can say so, a bit cheesy. Again, I won’t spoil you, but I’ll just tell you this: in 2001, more than 1,000 scientists from over 100 countries under the auspices of the United Nations, representing four different global research bodies, together signed the Amsterdam Declaration on Global Change, the first point of which begins, “The Earth System behaves as a single, self-regulating system”.