How the quantum moment "overturned basic beliefs about space and time, causality and reality, and exposed as mistaken many fundamental cultural and philosophical assumptions."

by Tibi Puiu
in Books
A A 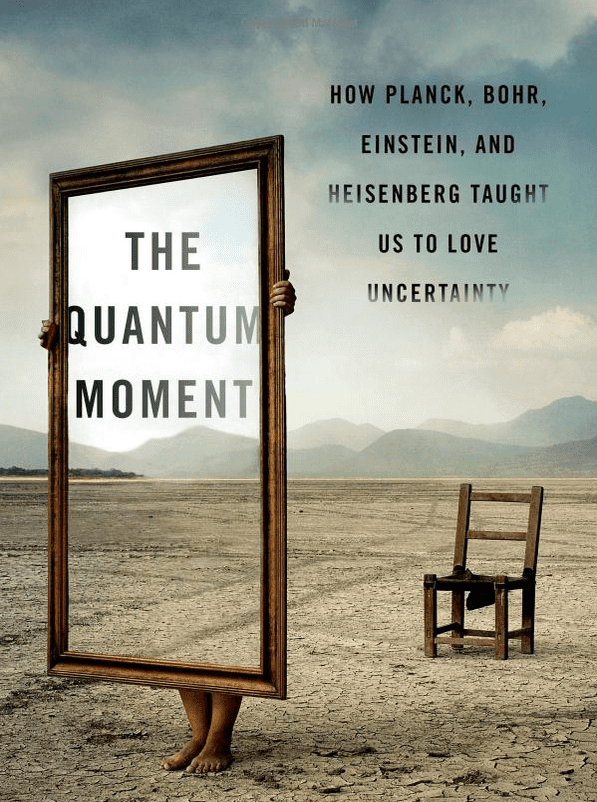 The idea that energy comes in finite packets of energy, known as quanta, instead of infinitely divisible quantities was a monumental breakthrough in physics. Little did Max Planck, the physicist who first posited the concept of quantization of radiation in 1900, what kind of impact his discovery would have. A new age of physicists ushered following Planck’s seminal paper, one that would topple Newton’s entrenched values and a deterministic worldview. This was the beginning of the quantum moment, culminating with the advent of quantum mechanics – a body of work that describes the queer world of the nanoscale.

Robert Crease (philosopher) and Alfred Goldhaber (physicists), both professors at Stony Brook University have for the past six years been co-teaching an unconventional course on quantum physics. Not just a physics lecture, their course is focused on an aspect that’s often ignored: how quantum physics has entered popular imagery and language. Their experience has inspired the two to author a highly entertaining book called “The Quantum Moment”.

Yes, the book covers a history of quantum physics and thus a marvelous job at explaining some of the most fundamental findings. But it’s far more than this. Taking turns, the authors  explore the quantum’s manifestation in everything from art and sculpture to the prose of John Updike. In physical terms, quantum leap signifies the  change of an electron from one quantum state to another within an atom. Today, however it has long crossed into the realm of popular culture. Journalists often use it to describe great progress. For instance, there’s a sculpture in  River Severn, Shrewsbury, UK called the Quantum Leap that’s dedicated to Charles Darwin, in recognition for the formidable leap in consciousness he offered humanity. Google Quantum Leap and the first thing that pops is a wikipedia entry about an old TV series.

Quantum physics is also abused. The multiverse, the uncertainty principle and even poor ol’ Schrodinger’s cat are often thrown about in discourses, when other metaphors might be more appropriate. Then there’s what the authors call fruit-loopery or blunt misinterpretations of quantum physics, often encountered in new age dialogues.

The book can be quite technical for neophytes, but you can skip some passages without losing the essence. Those concerned with the science will rejoice. But, again, this isn’t necessarily a book about the technical aspects of the quantum moment. The authors merely set out the right context, so they can then dissect the philosophical and cultural impact. After all, you’ll find how the quantum moment “overturned basic beliefs about space and time, causality and reality, and exposed as mistaken many fundamental cultural and philosophical assumptions.”

As Updike suggests, we keep asking for the material things that the quantum is going to give us through technology, but it has already maybe done much more so: it has changed us spiritually. The books explores all this and more. Art majors, physicists and laymen will all find something to their liking.