We live in an economic world, and this book makes sense of it all.

by Mihai Andrei
in Books, Economics, Reviews
Reading Time: 3 mins read
A A
Share on FacebookShare on TwitterSubmit to Reddit 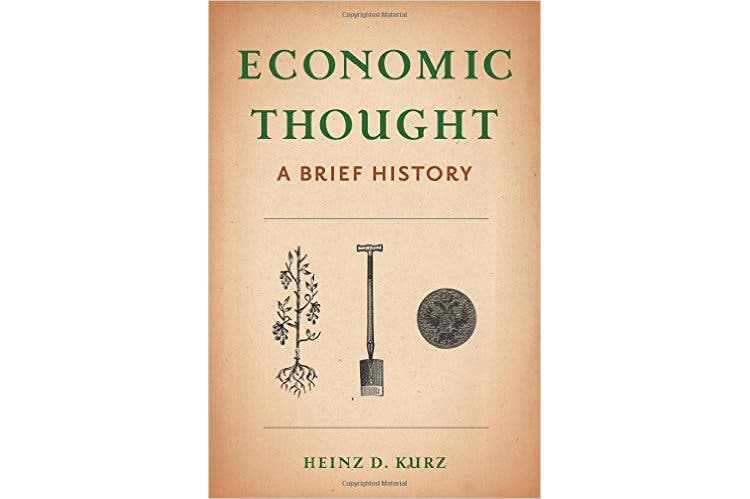 Economy isn’t just for economists – whether we like it or not, we all live in an economic world, and this book provides a good introduction to this intricate study.

When we think about economy, words like ‘money’ or ‘boring’ pop into mind – even though the word ‘economy’ originally meant ‘household management’. For most people, this world is a murky jungle of complex issues which they can’t be bothered with. But it shouldn’t be like this – and this is where Economic thought steps in.

The book starts from the ancient Greeks and Babylonians and moves up to the recent crisis, mentioning the key concepts and the key people who contributed to economic philosophy. Of course, in just two hundred pages, the history can only be brief, but I feel like it’s successful in touching down on the key aspects, and most importantly, the book is quite fluid.

By fluid, I mean you get a clear sense of one thing leading to another, and one thinker influencing his followers, creating a thought current and counter-thought currents.

Every idea, every process has consequences, and in a strange way, everything happens in cycles. This is perhaps the most interesting thing. For instance, some of the ideas of Adam Smith, the father of political economy are now returning with force, centuries after they were first put forth:

“Like Adam Smith and many other economists before him, he [Schumpeter] called for judicious regulation and control of the banking sector.” Joseph Alois Schumpeter was an Austrian-born American economist and political scientist, one of the most influential economists of the 20th century.

At points, the book also deals with issues tangential to economic theory, but which are vital parts of every economic society, such as entrepreneurship and innovation. Again, talking about Schumpeter, the book writes:

“A completely different type of agent, entirely overlooked by conventional economics, is the “dynamic” and “energetic” agent – the entrepreneur – and his “creative response.” He does not accept the circumstances as he finds them, does not arrange himself with given conditions – he is rather intent on overcoming them, on pulling down the obstacles he encounters and on adding new dimensions to economic activity.”

I don’t know if the book was written as an introduction to economy, a thorough history, or just something for people to brush up on their economy, but reading the book doesn’t require any previous knowledge. Anyone can read it and I’d dare say learn from it. If you’re an advanced economist, then the book will likely be no more than an easy read for you.

In the end, I’d dare say Economic thought accomplishes what it set out to do – and that’s to give us a sense of how economic concepts came to be, where they originated from and how they evolved over the years. Understanding (or at the very least, having some sort of general idea) about this is crucial if we want to make some sense of the world around us.