US reportedly attacked by Chinese hackers linked with the military

by Mihai Andrei
in Research

A new report claims that the US satellites were compromised at least four times in 2007 and 2008, possibly at the hands of Chinese computer hackers with ties to the country’s military, according to a new report. 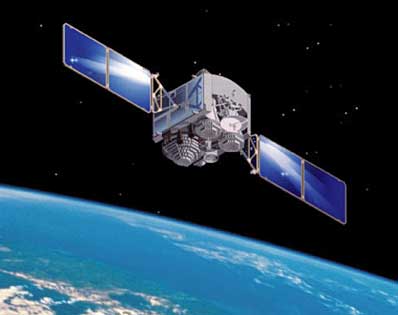 The attack was conducted through a ground station in Norway, according to a congressional commission, as mentioned by the annual report by the U.S.-China Economic and Security Review Commission, which was revealed by Bloomberg. The report is scheduled to be released next month.

“Such interference poses numerous potential threats, particularly if achieved against satellites with more sensitive functions,” according to the draft. “Access to a satellite‘s controls could allow an attacker to damage or destroy the satellite. An attacker could also deny or degrade as well as forge or otherwise manipulate the satellite’s transmission.”

The satellites in case are used for earth climate and terrain observation. As Bloomberg notes, the report doesn’t directly point the finger at Chinese authorities, but instead notes that they are reminiscent of “Chinese military writings that advocate disabling an enemy’s space systems”. Chinese officials have officially denied being responsible for such attacks.

“China is likely using its maturing computer network exploitation capability to support intelligence collection against the US Government and industry by conducting a long term, sophisticated, computer network exploitation campaign. The problem is characterized by disciplined, standardized operations, sophisticated techniques, access to high-end software development resources, a deep knowledge of the targeted networks, and an ability to sustain activities inside targeted networks, sometimes over a period of months.”

While again, there was no clear evidence “government affiliation” the USCC said it was doubtful that an independent group of hackers would have the means and motivation to achieve such a feat.

The Chinese government is also involved in the $2.4 billion CyberSitter/Solid Oak “Green Dam” case, and has tangled with Google on security and hacking issues. In January 2010, Google said it uncovered attempts to hack into the Gmail accounts of Chinese human rights activists, prompting the company to abandon censored search results in the country.