by Tibi Puiu
in Chemistry, Inventions, News, Renewable Energy, Research
A A

Part of an extraordinary venture, researchers at the U.S. Naval Research Laboratory (NRL) report they’ve synthesized hydrocarbon fuel solely from seawater by transforming the CO2 and H2 found in the water. To demonstrate they viability of the fuel, a replica of the legendary WWII P-51 was fitted by an off-the-shelf (OTS) and unmodified two-stroke internal combustion engine and fueled by the synthetic jet fuel. Before any red lights go off and you start claiming big oil’s doom, however, there’s more for you to find out. Read on.

Fuel from seawater: it’s not a dream

According to NRL, the team there used an electrolytic cation exchange module (E-CEM) to remove CO2 from seawater at 92 percent efficiency by re-equilibrating carbonate and bicarbonate to CO2 and simultaneously producing H2. The gases are then converted to liquid hydrocarbons by a metal catalyst in a reactor system.

Seawater is an abundant source of carbon and thank for global warming, there’s always plenty to go around. The world’s oceans act like a sort of huge carbon sink, as this is where most of the carbon released into the atmosphere winds up. In fact, there’s about 140 times more carbon in seawater than in the atmosphere.  Two to three percent of the CO2 in seawater is dissolved CO2 gas in the form of carbonic acid, one percent is carbonate, and the remaining 96 to 97 percent is bound in bicarbonate.

Making fuel from seawater isn’t exactly a new idea and it has been around for a long time, ever since the first electrolysis converters were made more than a hundred years ago, but were never really popular because of the low efficiency. The NRL boasts a better standing as officials there claim its high process efficiency makes it feasible.

In the first step, an iron-based catalyst (abundant metal material – cheap and easy to manufacture) converts CO2 with up to 60 percent efficiency and decreases methane byproducts to a minimum, in favor of longer-chain unsaturated hydrocarbons (olefins). In the second step, these olefins can be converted to compounds of a higher molecular using controlled polymerization.  The resulting synthetic fuel is a hydrocarbon in the C9-C16 range, which makes it suitable for use as a renewable alternative to petroleum-based jet fuel.

So why isn’t this big news?

So far, the system has only been demonstrated in a lab setting, but the installation can be scaled-up by adding more E-CEM modules and reactor tubes to meet fuel demands.  The video below demonstrates the seawater derived hydrocarbon fuel used to power a RC (radio-controlled) replica of the legendary Red Tail Squadron. 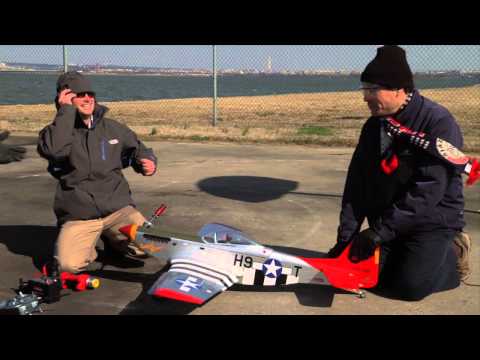 Does this spell doom for big oil? Far from it, despite what some other sources may say. The scientific paper has yet to be released, but from the scarce details released by the navy it seems the cost of making jet fuel using these technologies is in the range of $3-$6 per gallon, in the next seven years if the project is backed by investments. Personally, I find a lot of things out of place – the researchers may be making too many assumptions.

The thing here is, first of all, you need to take the CO2 and hydrogen out of the seawater, which true enough is an abundant, readily available and free feedstock. Even though there’s 140 times more carbon per volume in seawater than in atmospheric air, you’d still need go through a lot of water, and moving water means using a lot of energy. To be more precise, to make one gallon of jet fuel using this method you’d need to seep through 39,000 gallons of water, assuming the same 80% process efficiency (rarely the same in scaled-up conditions).

It’s a huge engineering design problem. Considering the massive amounts of energy you’d need to both move water and break the CO2 and hydrogen from seawater, I don’t see any genuine way this could work for land-based objectives, like communities and such. Of course, it’s a navy project. Many carriers and some ships are powered by nuclear reactors which always have some excess heat or energy laying about. This could indeed be used to power the water breaking process, maybe even move some water 20 feet above sea level, but hundreds of thousands of gallons by the hour? Speed is of the essence, but moving this kind of weight will definitely slow down a ship and increase energy expenditure for moving the whole ship as a whole. I may be wrong, again I’m no naval engineer expert, but this all sounds extremely speculative.

Despite all this, I applaud their efforts. Clearly, the process works and if they can refine the system and maybe find a way to scale it up (it will most likely imply building new ships from the scratch to accommodate jet fuel production) all for the better. Definitely, this is something worth closely following.