Analysis reveals Donald Trump’s angry tweets are his own, moderate ones are from staff 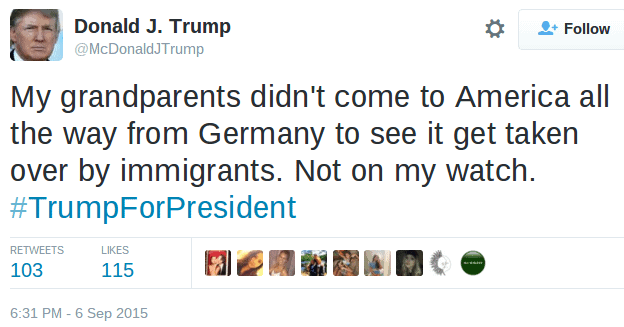 We rarely discuss anything political at ZME Science, but this makes a good example of how much you can learn from a simple Twitter account simply by crunching a lot of data. David Robinson, a data scientist analyzed Donald Trump’s tweets to show that the angry ones are likely his own, while the balanced and reasonable ones are posted by his staff.

“When Trump wishes the Olympic team good luck, he’s tweeting from his iPhone. When he’s insulting a rival, he’s usually tweeting from an Android,” Robinson writes. “Is this an artifact showing which tweets are Trump’s own and which are by some handler?”

He found that the Android and iPhone tweets are clearly written by different people, posted at different times throughout the day, using a different language and using hashtags differently. Furthermore, his Android tweets are almost always angrier and more negative, while the iPhone ones are definitely more diplomatic. 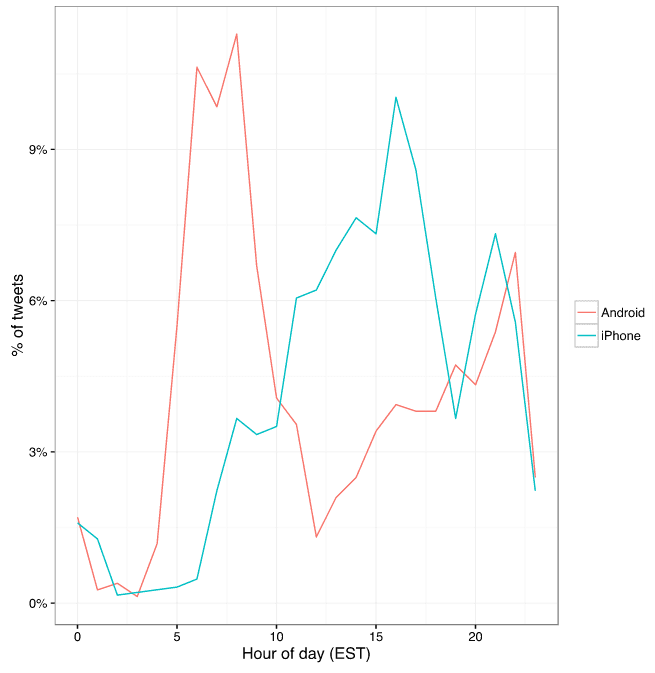 Android Trump does most of the Tweeting in the morning, while iPhone Trump posts in the afternoon. Another big difference of Android Trump is the “anachronistic tendency” to retweet people’s tweets by manually copy-pasting them and surrounding them in quotes:

“@trumplican2016: @realDonaldTrump @DavidWohl stay the course mr trump your message is resonating with the PEOPLE”

Lastly, the type of words he used was also significantly different. The emotionally charged words like “badly”, “crazy”, “weak”, and “dumb”, were overwhelmingly more common on Android, supporting the original hypothesis that Android Trump is the original one. Meanwhile, his afternoon iPhone tweets tended to contain neutral words like “join” and “tomorrow”, and times.

So what does this all mean? Well Robinson writes his perspective:

“Like any journalism, data journalism is ultimately about human interest, and there’s one human I’m interested in: who is writing these iPhone tweets?”

“The majority of the tweets from the iPhone are fairly benign declarations. But consider cases like these, both posted from an iPhone:”

Like the worthless @NYDailyNews, looks like @politico will be going out of business. Bad reporting- no money, no cred!

Failing @NYTimes will always take a good story about me and make it bad. Every article is unfair and biased. Very sad!

Now that sounds like the Trump we all know — it sounds like Android Trump, and perhaps it’s a sign that there’s more to this account management than is revealed through the analysis. Perhaps Trump also posts from iPhone, but more rarely, or perhaps someone from his staff is trying to mimic his style – or they simply had a rough day.