Want a cheap home? Just 3D print it – from mud

Inspired from mud daubers (a species of wasp), designer Massimo Moretti managed to develop a new 3D printing technology for creating cheap houses. Working with architects, he developed bio-architecture which may go a long way towards fighting the housing crisis in some parts of the world.

Inspired from mud daubers (a species of wasp), designer Massimo Moretti managed to develop a new 3D printing technology for creating cheap houses. Working with architects, he developed bio-architecture which may go a long way towards fighting the housing crisis in some parts of the world. 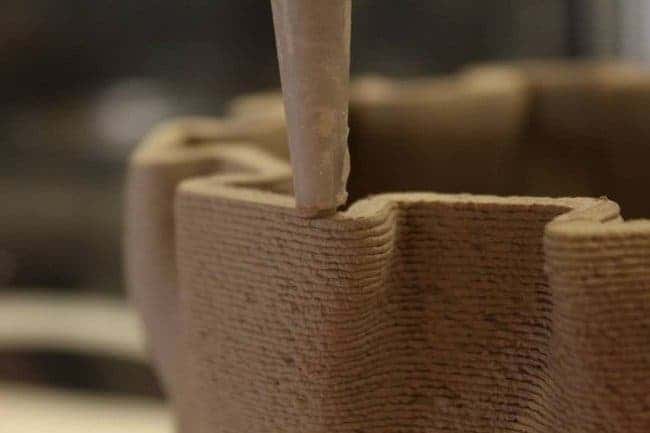 Building a house is no easy feat. It takes a lot of work, a lot of materials, and a lot of money. But with a 3D mud printer, a house can be made in a couple of weeks for very low prices.

“Starting from the small format we’re developing a printer capable of laying down clay, to then move onto a bigger printer for houses at a very low cost and rebuild slums into natural villas (as Gaudì already thought of). Everything would be environmentally friendly as using ground as a main material,” the WASP website states. 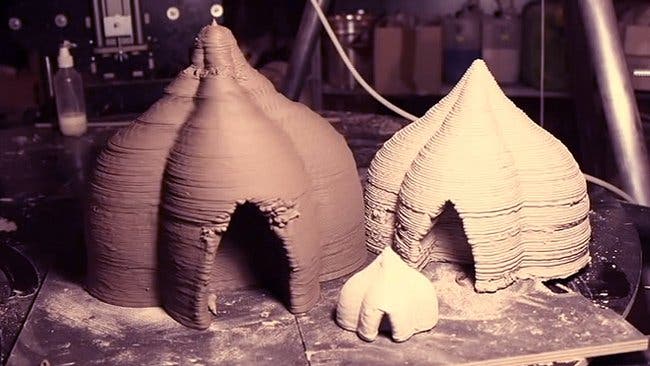 For the last two years, WASP has been working towards their goal of developing full sized livable buildings with their 3D printers. Ultimately, their aim is to develop a “full-sized, three-armed, 20-foot-tall, portable 3D printer” capable of printing structures as high as 10 feet, which can be hauled to a site by truck and assembled in two hours. But until then, they demonstrated the process with a smaller printer; the entire process lasts about two weeks at the moment. 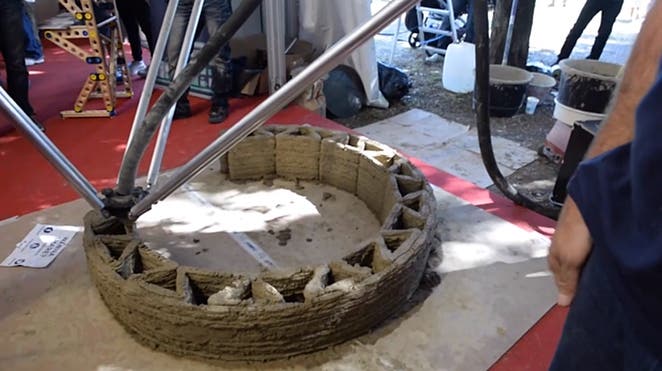 “We have a big goal and we work every day on little things to achieve it,” said Moretti. “We first created [marketable] extruders for clay, porcelain and ceramic, to give the chance of producing objects which have functionality and commerce value. Thanks to clay printing, it is possible a real self-made production that is practical and commerciable.” 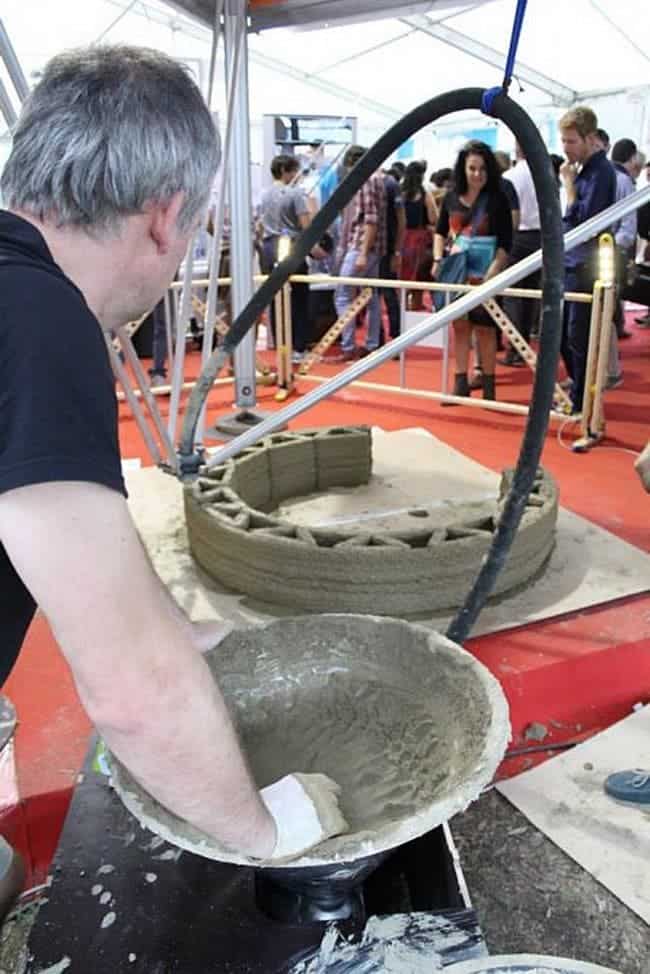 But even so, there are some significant advantages, aside for the very cheap costs:

Personally, I think this is a great idea. The main advantage is that it uses mud, which is virtually ubiquitous and virtually free, and with the continuous rising of 3D printing, I think we’re going to hear a lot from WASP.

All images and story source: WASP.