German researchers have designed shoe devices which harvest power as you walk. The technology could be used to power wearable electronic sensors without the need for batteries.

by Mihai Andrei
in Design, News, Technology
Reading Time: 2 mins read
A A
Share on FacebookShare on TwitterSubmit to Reddit

German researchers have designed shoe devices which harvest power as you walk. The technology could be used to power wearable electronic sensors without the need for batteries.

“We have tried to power a wireless transmitter and to power a simple sensor,” said Klevis Ylli from HSG-IMIT, a research centre in Villingen-Schwenningen, Germany. One application we are working on is indoor navigation which means we have sensors within the shoe that measure the acceleration of the foot, the angular velocity – whether you’re turning the foot or not – and the magnetic field. From the data from these sensors, you could calculate how far you have traveled and in which direction. So imagine a rescue unit walking into a building they don’t know. They could then track which way they went on their handheld device.” 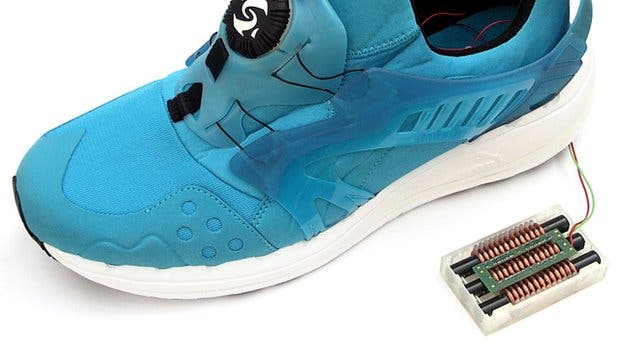 So far, the power they generate is quite small – some 3-4 milliWatts, which is not enough to power something like a smartphone, which would require approximately 500 times more power. However, it is enough to power small sensors and transmitters (especially body sensors), opening the way for numerous applications. The main advantage is that the shoes aren’t clunky and don’t impede walking in any way

“Some approaches of the past for example have tried to use a lever underneath the shoe to power a gear box and an electric generator as used in some electric torches. They could generate up to 250 mW, but were huge, heavy and had parts protruding from the shoe,” Mr Ylli told BBC News. “Generated power scales with size, but if you want to be able to reasonably integrate such a device within a shoe sole, you have to work with strict constraints, like a small height and limited length of the device. We believe we have built comparatively small devices, considering the power output.” 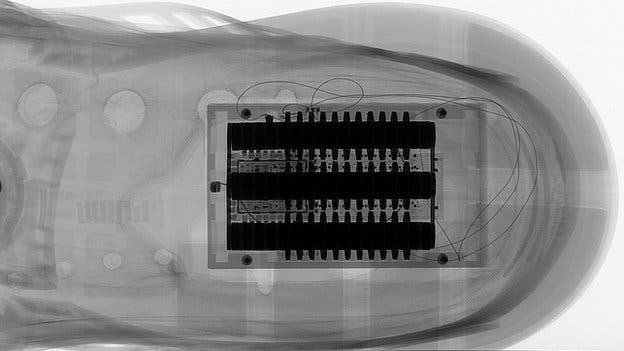 The team said that one of the applications they want to implement is self lacing shoes, especially for the elderly. The shoe would detect when someone puts the shoes on and lace the shoes automatically. The device generates enough energy for this type of technology.