As if Elon Musk's Hyperloop project wasn't attractive enough, it just got even hotter - Dirk Ahlborn, CEO of the company running the project announced that the super-fast transportation might actually be free for passengers, as they are thinking about other types of monetisation.

As if Elon Musk’s Hyperloop project wasn’t attractive enough, it just got even hotter – Dirk Ahlborn, CEO of the company running the project announced that the super-fast transportation might actually be free for passengers, as they are thinking about other types of monetisation.

In case you’re out of the loop (heh), Hyperloop  is a conceptual high-speed transportation system that incorporates reduced-pressure tubes in which pressurized capsules ride on an air cushion driven through a combination of linear induction motors and air compressors. The conceptual route runs from Los Angeles to San Francisco in a whopping 35 minutes, at an average speed of 598 mph (962 km/h), with a top speed of 760 mph (1,220 km/h). A capsule would be launched every 30 seconds.

“1G is our limit,” seems to be the motto. “When you go to america in an aeroplane right now you are already travelling at 1,000km per hour, but you don’t know that,” Ahlborn points out. 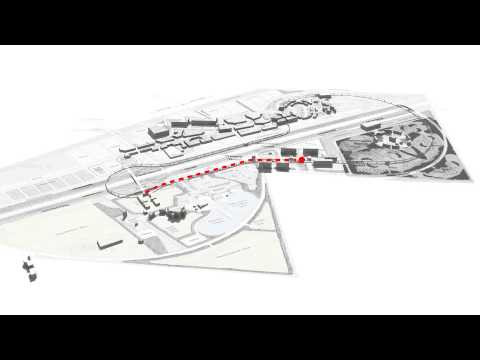 Surely, something like this would be expensive, right? Well, according to the white paper the company published, tickets would cost approximately $20! Anything cheaper than that would be free… and that may just be the case.

“I really, strongly believe that if we create a hyperloop network and it’s free — in the off-peak times at least, in peak times we would charge a little bit — but we make money in other ways, that will really change how people live.”

That may not be as crazy as it sounds – there are ways through which they can leverage profits. For starters, the system would work on 100% renewable energy, and the energy production system will actually generate more energy than needed, so they could sell the energy. Furthermore, Alhborn said that he took inspiration for his pricing strategy from video games that use a freemium model. Video games “are free and are making more money (than ever before) through upsales in-game,” he told CNBC, and they want to adapt that model to the Hyperloop. The company is also embracing ideas and input from companies, professionals and public from around the world.

“We allow people to join our team — most of the team is working in return for stock option — and we ask people, the general public for their ideas,” says Ahlborn.

In total, the project has 10,000+ community members who are pitching ideas and writing essays, and more than 350 big companies from 21 nations.

“All these people are coming together through one thing: passion.”

The project doesn’t have a single dollar to its name, but not for lack of investors – over 400 investors have pledged to the project, but Ahlborn said they haven’t accepted any investments yet, as they’re still deciding what path to take. For example, he believes that it’s no good “if you only build a transport system that gets you to point a to point ‘B’ very fast but it takes you an hour and a half to get the station”.

“We think about the first and last mile a lot,” he says, with one of the solutions being ridesharing services to pick you up and bring you to the station. “It’s super important to figure these things out, not only to get from one point to another — that’s when you use it every day.”

The dream seems closer to reality every day – just a few days ago, they announced that they will start building the first proof of concept, in California. If that works out fine, then it will likely be only a matter of time before Hyperloop sees the light of day.

As for Elon Musk, who is already involved in groundbreaking projects like SpaceX, Tesla Motors and SolarCity, he seems to be the man with the vision, but it’s Ahlborn that’s dealing with the entire thing.

“Entrepreneurs need to tackle big problems rather than trying to build the next small app,” he says of Musk. “He made it very clear that he is busy with Space X and Tesla. They are supporting the community by building a small-scale test track.”