A while ago, aerospace giant applied a patent for a most peculiar propulsion system that uses high power lasers to kick off a fusion reaction, akin to a small thermonuclear explosion. The energy released would be enough power spacecraft, rockets and even jetliners with tremendous thrust.

A while ago, aerospace giant Boeing applied a patent for a most peculiar propulsion system that uses high power lasers to kick off a fusion reaction, akin to a small thermonuclear explosion. The energy released would be enough power spacecraft, rockets and even jetliners with tremendous thrust.

In the patent, here’s how at least one version of the system looks like, as described by the authors:

Doesn’t make much sense, but that’s patents for you. Boring, ambiguous and with nothing to show. How did Einstein manage to stay a patent clerk for seven years? Luckily, I came across an excellent video produced by Deepak Gupta, aka the Patent Yogi, which summarizes what the invention is all about. 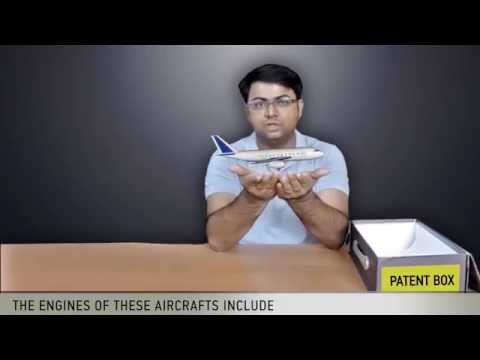 Inside the reaction chamber, pellets containing a mix of deuterium and tritium (hydrogen isotopes) are placed on the focal point and zapped by a high power laser. The pellets instantly become vaporized, and a huge pressure triggers a fusion reaction between the hydrogen atoms. The hot gases expelled by the reaction are pushed down the nozzle of the engine, and create thrust. Additionally, the engine’s walls are coated with Uranium-238, whose atoms fission with the neutrons from the fusion reaction, akin to what happens inside a nuclear power plant. The fission reaction creates a lot of heat which is exchanged with a coolant. This heat-energized coolant is sent through a turbine and generator that produces electricity to power the engine’s lasers. So, apart from the pellet, everything inside the aircraft, rocket or jet is energy independent.

This all sounds very, very cool. We damn well need ideas like this if we’re to push the envelope of space exploration and even hyper-sonic flight here on Earth. At the same time, there are a couple of unrealistic features. Apart from all the weight (this looks several times bigger than any jet engine), there are numerous technical and safety challenges. How do you control the fusion and fission reactions? The concept doesn’t sound too bad, though. Maybe someone can find a way to turn it into a much more simple (forget about the turbines, comes on…), but feasible design.

This isn’t the first crazy patent from Boeing. A while ago ZME Science reported how the company secured a patent that describes a Star Trek-like force shield, meant to protect vehicles operating in war zones.