Why Women Get More Cavities 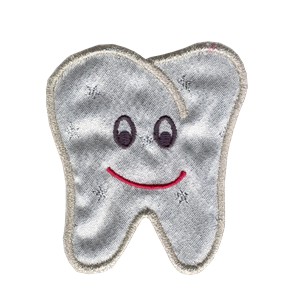 Actually, the old tale that a woman loses a tooth every time she delivers is not as far from the truth as you’d think. A study published in this month’s issue of Current Anthropology concluded that women have had more problems with teeth since our ancestors became farmers, about a hundred thousand years ago.

But the implications are way more subtle than you would think; the women who were settled around farms were more fertle than the hunter gatherers and thus they gave birth to more children. This caused changes in their hormones and saliva secretion which caused damage to the teeth. Researchers have known since the 1980s that this change caused decay in the teeth of women, but they didn’t understand the causes.

Most of them attributed this to the change of lifestyle and diet, as they started to eat more grains, which contain sugars. They believed that this change applied more to women because they prepared the food and had more access to it, and they ate snacks more often.

“You increase carbohydrates and generally you increase the incidence of dental caries,” says anthropologist Clark Spencer Larsen of Ohio State University in Columbus.

This also brought some other significant biological changes, according to anthropologist John Lukacs of the University of Oregon in Eugene. As it turns out, how much having babies affects tooths can be calculated. Lukacs agrees:

“Our new task is to partition the factors that cause caries–how much is caused by biology and how much by culture,” he says. “It’s not all or nothing–it’s a mixture.”