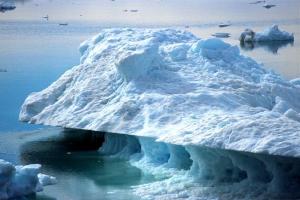 Recently a study was conducted by a team led by Dr Edward Hanna at the University of Sheffield which demonstrated that recent warm summers have caused the most extreme Greenland ice melting in 50 years. This is yet another proof of the damage caused by global warming and it also helps scientists place recent satellite observations of Greenland´s shrinking ice mass in a long term climatic context.

Dr Hanna of the University´s Department of Geography, alongside some of the World´s leading Greenland glaciologists and climatologists, analysed a combination of key meteorological and glaciological records spanning a number of decades as part of the research. The findings showed that the ice sheet of Greenland responded to regional climate from the 1960s to the early 1990s. But in the last fifteen years there has been a corespondence between global temperatures and the temperatures in Greenland, demonstrating Greenland´s recent response to global warming.

Especially the summer of 2003 played a crucial role in this melting and it was exceptionally warm around the margins of the Greenland Ice Sheet resulting in the second-highest meltwater from the Ice Sheet in the last 50 years. 2005 was also a very warm year and 2007 broke the record; it’s not something we should take great pride in.

The team of researchers includes some of the leading Greenland glaciologists and climatologists from the Free University of Brussels, University of Colorado, Danish Meteorological Institute and NASA Goddard Earth Science and Technology Center, University of Maryland Baltimore County, as well as four members of the University of Sheffield.
Dr Edward Hanna said:

“Our work shows that global warming is beginning to take its toll on the Greenland Ice Sheet which, as a relict feature of the last Ice Age, has already been living on borrowed time and seems now to be in inexorable decline. The question is can we reduce greenhouse-gas emissions in time to make enough of a difference to curb this decay?”