Visual impairments on the rise in the US linked to diabetes 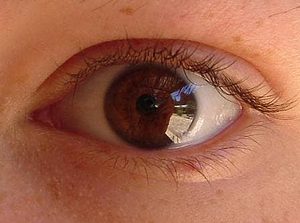 Nonrefractive visual impairments, the kind that can’t be corrected by glasses, have reportedly increased 21% overall and 40% among non-Hispanic whites aged 20 to 39 years compared to a decade ago. The researchers who conducted the study claim that their results show a link between loss of vision and rising diabetes among the US populace.

Visual impairment diseases like  glaucoma and cataract can only be corrected by laser treatment or surgery, and even then vision is far being restored to its former performance. In some cases, permanent loss of vision has been experienced, and the researchers at  Johns Hopkins University School of Medicine, Baltimore, Maryland who conducted the study claim that as diabetes rates continue to rise, some complications tied to the disease are expected to spike as well.

“These are really dramatic findings, and they’re kind of the tip of the iceberg of what’s coming ahead,” said David Friedman from the Wilmer Eye Institute of Johns Hopkins University School of Medicine, who worked on the study.

Friedman and colleagues, analyzed  data from 2 study periods of the National Health and Nutrition Examination Survey. Their findings were staggering at least – 1.4 percent of the 9,471 adults examined in 1999 through 2002 had nonrefractive vision impairment, compared to 1.7 percent of the 10,480 people tested in 2005 through 2008.

People suffering from diabetes for more than 10 years are at a greater risk of becoming exposed to nonrefractive visual impairments. Diabetes can lead fluid accumulations in the retina or the apparition of new blood vessels behind the eye triggered by lack of oxygen. This claim is boosted by the present findings which report the number of study subjects who’d had diabetes for at least ten years also increased, from 2.8 percent to 3.6 percent.

“The only (association) that got worse and got dramatically worse is diabetes, and not just diabetes, but diabetes for a long time,” Friedman.

Other important harmful factors that may have lead to the development of non-refractive vision loss like  lack of health insurance, lower education level, and poverty remained stable. So, though the researchers can’t prove directly through a cause-effect method that indeed diabetes comes hand-in-hand with vision loss, the correlation serves as a faithful indicator.

Not to be taken lightly

Although non-refractive vision loss isn’t the same thing as being completely blind, it severely restricts the people suffering from such disease from living a normal and independent life.

“Virtually all permanent blindness from diabetes can be prevented with proper vision screening. The current [recommendation] of the American Academy of Ophthalmology, as well as many organizations, is to have an annual screening if you are an adult diabetic. People with diabetes need an eye exam every year so we can prevent permanent vision loss from it,” Dr. Friedman explained.

The researchers emphasize that obesity, an ever growing issue in America and through the rest of the world as a matter of fact, shouldn’t be ignored. Obesity is strongly linked with diabetes, as well as other diseases, including dementia.

Findings were reported in the Journal of the American Medical Association.