Subway Dust and your lungs

by Mihai Andrei
in Health & Medicine, Home science, Studies
A A 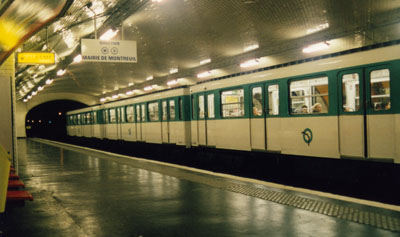 In the world today it is harder and harder to drive around town or to another town – itt is not cheap, and it takes time. So the subway is a good choice to more and more people. But as with anything, the downsides it brings to the table are more and more visible.

Sophie Lanone and colleagues point out that previous studies of the London and Stockholm subway systems also have identified particulate matter which raises health concerns. They collected the dust and then exposed live mice and cultured mice cells to the dust over a 24-hour period. This caused transient lung inflammation and increased levels of several substances produced by the immune system that might cause tissue damage.

So it is known that the dust produced by subway trains could harm your lungs in numerous ways. It has large amounts of iron particles and very low levels of endotoxin, a potentially toxic compound produced by bacteria. The subway is a fast but unhealthy way of traveling.