Sewage is virus haven to a myriad of unknown strains 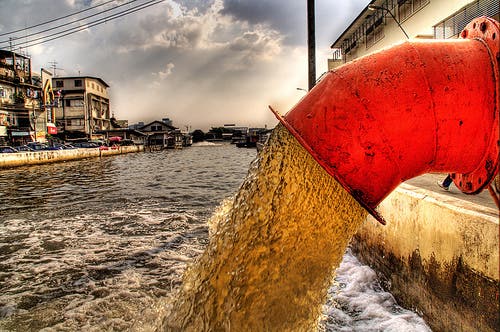 Well, it’s pretty obvious that the rotten, insalubrious sewage environment is perfect for fostering infectious diseases and virus cultures. What’s surprising however is actually the sheer number of viruses, most of them unknown, which biologists at University of Pittsburgh have described in a recently published study in the journal mBio.

According to the researchers, there are around 1.8 million species of organisms on Earth each host untold numbers of unique viruses yet only about 3,000 have been identified to date. Actually, genomic studies have shown that it’s probably only a tiny fraction of the number that actually exist, a hypothesis backed up by the Pittsburgh researchers find consisted of a myriad of unknown viruses in the raw sewage.

The scientists analyzed a sample of untreated wastewater. What they found was 234 known viruses that can infect people, plants, animals and other organisms, along with unknown viruses representing more than 50 different virus families. The researchers have noted that the raw sewage holds the most diverse array of bacteria of any place collected from so far.

“What was surprising was that the vast majority of viruses we found were viruses that had not been detected or described before,” Pittsburgh researcher Roger Hendrix said.

“The big question we’re interested in is, ‘Where do emerging viruses come from?'” Hendrix said.

Their findings suggest the viruses stem from a variety of sources, including animal and human feces and urine and plant material from domestic and agricultural settings. DNA sequencing of the viruses from the wastewater lead scientists to believe many are yet to be discovered. By examining specific points on the samples’ genomes, the team could determine whether a specific virus had similar genes to other known types.

“First you have to see the forest before you can pick out a particular tree to work on,” researcher James Pipas said. “If gene exchange is occurring among viruses, then we want to know where those genes are coming from, and if we only know about a small percentage of the viruses that exist, then we’re missing most of the forest.”