Saving a plant that could save your life 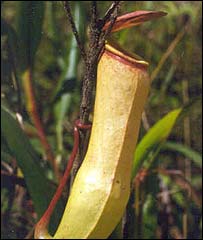 There is (or at least there should be) a lot of attention focused around endangered wildlife and protecting a number of species from the damage which we as humans bring to them more or less directly. The animals most definetly deserve it. But most people don’t think of plants as being endangered, but the thing is that they are.

This has happened mostly because of three major reasons:

It should also be noted that numerous underwater species are already extinct due to the destruction of the coral reef and they probably could have helped medicine a lot. But we should not moan about the past but rather learn from it and then think what we could do at the present moment.

Three years of collaboration in which World Wide Fund for Nature played a very important role have led to the first set of principles and criteria for the sustainable wild collection of plants.

“This important effort will benefit the health and well-being of both the ecosystems they are part of, and the local people who depend on them for their livelihoods,” stresses Dr. Susan Lieberman, Director of WWF’s Species Programme.

The concern over the issue has grown significantly in the past years and new standard addresses requests from industry, governments, organic certifiers, resource managers and collectors for a means of assessing the sustainability of wild collection.

This thing is huge as beside giving much needed help to the the people involved in the harvest, management, trade, manufacture and sale of wild-collected medicinal and aromatic plant resources it also provides potential frameworks for addressing a rising consumer concern and the drug market needed this a lot. This of course involves an international, multi-stakeholder advisory group representing industry, independent certifiers, organizations working on fair trade, sustainable livelihoods and sustainable agriculture and forestry which hopefully are going to find the right way to develop this so that it would be to the benefit of the plant and the human species as well.