by Tibi Puiu
in Environmental Issues, Studies
Reading Time: 2 mins read
A A
Share on FacebookShare on TwitterSubmit to Reddit 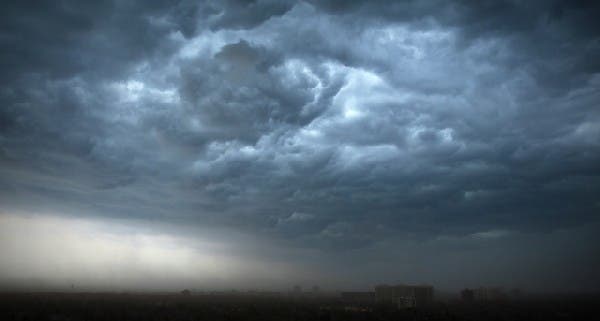 Thunderclouds or deep convective clouds, by the scientific term, generally form and develop in any geographic location and represent an important part of the climate cycle, as they reflect the sun’s energy back into space and trap heat emanated from the surface, which causes vaporization of the water in the clouds, leading to rain.

Previous studies showed that pollution leads to bigger thunderstorm clouds, in non-windy conditions, as pollution particles divide water available for droplets. More, smaller droplets form, however, which are too small to rain, and instead are caught up in updrafts, and rise until they freeze and absorb more water vapor, thus leading to “bigger, more vigorous convective clouds that live longer.”

The team of researchers, lead by PNNL climate researcher Jiwen Fan, found that pollution strengthens thunderstorm clouds, causing their typical anvil-shaped tops to spread out high in the atmosphere and capture heat, especially during the nighttime hours. The scientists reached this conclusion after performing computer simulations for two different types of storm systems: warm summer thunderstorms in southeastern China and cool, windy frontal systems on the Great Plains of Oklahoma. They used high resolution imaging in order to watch the development of the clouds, then varied conditions such as wind speed and amount of air pollution.

“Fan and colleagues found that for the warm summer thunderstorms, pollution led to stronger storms with larger anvils,” the press release said. “Compared to the cloud anvils that developed in clean air, the larger anvils both warmed more — by trapping more heat — and cooled more — by reflecting additional sunlight back to space. On average, however, the warming effect dominated.”

“This is the first time researchers showed that pollution increased warming by enlarging thunderstorm clouds,” it added. “The warming was surprisingly strong at the top of the atmosphere during the day when the storms occurred. The pollution-enhanced anvils also trapped more heat at night, leading to warmer nights.”