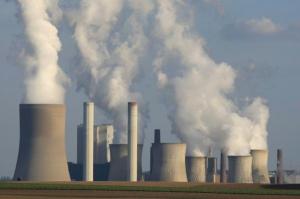 The fight between health and industry is more intense than it has been for many years and as a result,  numerous studies are conducted on the matter, and to be more precise, to find out how pollution shortens life expectancy, especially in children. But there are some gaps in information and implementation, according to a new European Environment Agency (EEA) report which makes it harder to get a result.

The latest in a series of assessments of the pan-European environment published by the EEA over the past 15 years, the report assesses environmental progress in 53 countries — an area with a total population of more than 870 million people. The region includes: Eastern Europe, Caucasus and Central Asia (EECCA), South East Europe (SEE), as well as Western and Central Europe (WCE). The biggest environment threats are from agriculture, tourism, transport and energy, the report says. There is also a growing need for resources, putting our environment at further risk.

The impact that such activities make is noticeable everywhere; water, air and soil quality differ greatly across the pan-European region. More than 100 million people do not have access to safe drinking water and sanitation. There are many countries in which the quality of water supply and sanitation has deteriorated over the past 15 years with the rural population being most affected, the report says. Those countries are from Eastern Europe, Caucasus, Central Asia and South East Europe so things are not that good. There has been some success with air pollution, current levels — mainly nitrogen oxide, fine particles and ground-level ozone — but the results are not that many.

For biodiversity, the target of halting biodiversity loss by 2010 will not be met without considerable additional efforts. More than 700 European species are under threat from extinction, including a number of iconic species such as the Iberian lynx and the snow leopard, as a result of habitat destruction, degradation and disturbance. ‘We need to further strengthen the will to act on environmental issues across the pan-European region. This requires a better understanding of the problems we face, their nature and distribution across societies and generations. Analysis, assessment, communication and education will help overcome this ‘information gap’ and will better equip those who need to act,’ said Professor Jacqueline McGlade, Executive Director of the EEA. People appear to not understand the impact that they have with the environment. The bad things that we as a species do to the planet are mostly irreversible and the downsides are by far more important than the benefits.