by Tibi Puiu
in Chemistry, Environment, Nanotechnology, Renewable Energy, Studies
A A 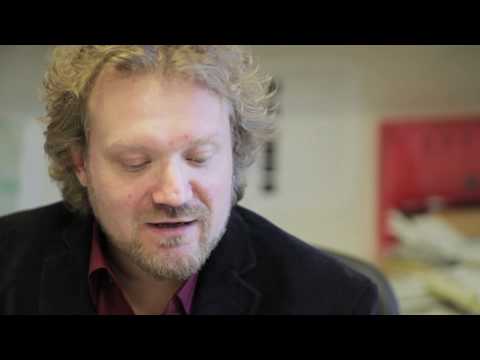 If you’re reading this post via e-mail or RSS, please visit the post’s page on the website to view the video interview.

MIT researchers, guided by Andreas Mershin’s vision of a world fueled by cheap and renewable electricity, have recently published a paper in which they explain how photovoltaic panels made from plants can be considered a highly appealing alternative to existing solar panel options.

Their research is based on the early work of Shuguang Zhang, a principal research scientist and associate director at MIT’s Center for Biomedical Engineering. Eight years ago, Zhang managed to isolate the complex of molecules that are responsible for photosynthesis in plants, known as photosystem-I (PS-I). Through photosynthesis, plants transform light into chemical energy used to decompose CO2 into organic compounds. The same energy however, could be used to produce electricity, and PS-I molecules could very well be aggregated to transform the waste in your back garden into enough energy to power some appliances, at least. For people living in stranded third world communities, such a device would make all the difference in the world – a light bulb would shine a bit more brightness into their lives.

However, during Zhang’s stint, one of the biggest hurdles researchers faced was to stabilize the complex, “keeping it alive”, as Mershin states in this highly enlightening and insightful talk captioned at the beginning of this article.  They managed to stabilize it eventually, of course, however the whole process was extremely complicated, and most importantly, expensive. By no means could it be turned into a solution for cheap electricity production, especially considering third-world countries for which the system is particularly targeted.

In MIT’s new and improved research, Mershin claims that the whole process has been dramatically simplified, allowing for any lab, be it in a college or high school facility, to replicate and explore the process themselves to improve on. In their paper, published this week in the journal Scientific Reports, the researchers boost an efficiency 10,000 times higher than the previous Zhang version, but even still, it barely tops 0.1 percent efficiency in coverting sunlight into electricity. Actual plant’s photosynthesis efficiency varies from 0.1 to 0.8%, while solar panels convert light into electric energy at an efficiency of approximately 6–20% for mass-produced panels, and above 40% in laboratory devices. For the current system to become viable, it need at least a tenfold increase in efficiency.

Solar panels that run on plants

Still, Mershin and his team did a great job with improving efficiency so far. Their progress comes a result of exposing much more of the PS-I complex per surface area of the device to the sun; earlier versions simply had a thin layer of the material. Instead, Mershin created what he calls an “electric nanoforest” of zinc oxide (ZnO) nanowires, as well as a sponge-like titanium dioxide (TiO2) nanostructure coated with the light-collecting material derived from bacteria.

The researchers say that the hard part is over, and that from here on it fellow researchers should easily pick up and improve the system’s efficiency. Once an efficiency of 1 or 2% is reached, the photosynthesis electricity device should become useful – easy to use and dirt cheap.

“You can use anything green, even grass clippings” as the raw material, Mershin says.

“It can be very dirty and it still works, because of the way nature has designed it. Nature works in dirty environments — it’s the result of billions of experiments over billions of years.”

This all sounds extremely exciting. What are your thoughts?