by Tibi Puiu
in Animals, Studies
Reading Time: 3 mins read
A A
Share on FacebookShare on TwitterSubmit to Reddit 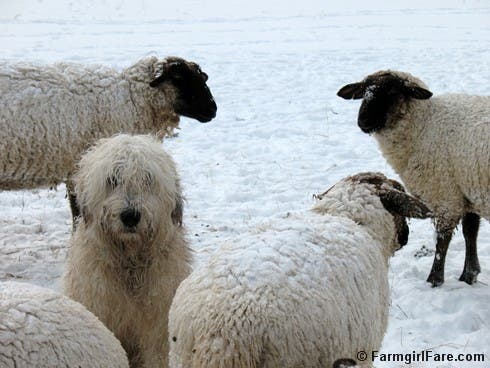 Dogs have a long history alongside humans, as faithful companions. Besides friendship, however, canines offered humans also the means to keep warm and stylish alike, as their hair was used to manufacture fabrics from cloth to carpets, a practice particular to the North American residents off the Pacific coast. The fact is highly debatable, but researchers from York University claim that native North Americans did indeed used dog hair for their cloths after analyzing original fabrics collected by XIXth century explorers.

Oral history accounts have it that the skilful Coast Salish weavers  used to breed a certain type of dog, known for its woolly hair or fleece, which they used for their textile industry. The researchers set out to shed light on this highly controversial matter, and after using highly sensitive equipment at the University’s Centre for Excellence in Mass Spectrometry, to analyze the protein composition of 11 textiles in different locations, representing 25 samples in total, they concluded that the claim is true.

“Dogs have a long history of interaction with humans, from companionship to guarding and hunting; but raising dogs for fibre production was a unique cultural adaptation in the Pacific Northwest. It is perhaps the unusual strategy that has led some to doubt the use of dog wool,” said Dr Caroline Solazzo, a Marie Curie Research Fellow from York’s Department of Archaeology, who led the research.

“We found dog hair in all textiles produced before 1862, but it was absent from blankets woven in the late 19th century to early 20th century. Noticeably, dog hair is absent from all plain twill-woven ceremonial-type blankets, indicating a strong preference for mountain goat hair, in both aesthetic and technical aspects.”

Native Americans’ clothing wasn’t entirely made out of dog hair, though. Instead, it was used a complementary material to the bulk goat wool. Surprisingly enough, no sheep wool was used in the fabric, until the mid 19th century, most probably as a result of the first contacts with Europeans. Speaking of which, if you were wondering how this woolly dog used to look like, know that it was declared extinct 100 years after the Native American/European third degree encounter.

“Based on our results, the description of textiles in museum collections as ‘dog hair blankets’ should be reconsidered; in no case did we find a textile made solely of this fibre. It may have been the case that pure dog hair blankets were once more common, but considered of lower value and consumed in use and lost,” Dr. Solazzo added.