by Tibi Puiu
in Animals, Other
Reading Time: 2 mins read
A A
Share on FacebookShare on TwitterSubmit to Reddit 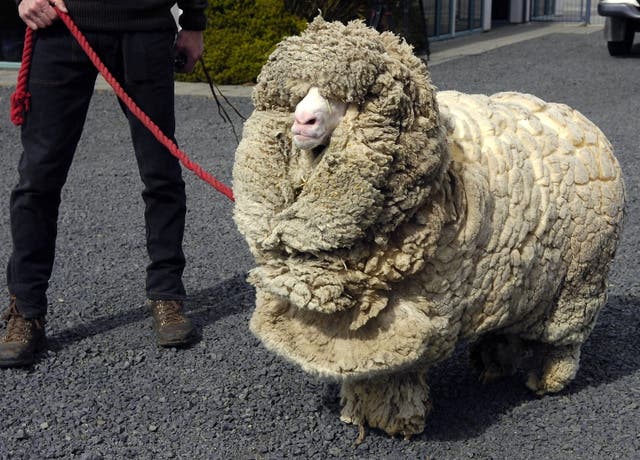 This is quite possibly the woolliest sheep in history, Shrek the sheep. He was found in this condition in 2004, in the very land of sheep – New Zealand – after escaping the annual spring shedding for six consecutive years. If you ever wondered what a really woolly sheep might look like, here you have it. This begets a different question however: will a sheep’s wool grow indefinitely for all its life? The answer is yes. 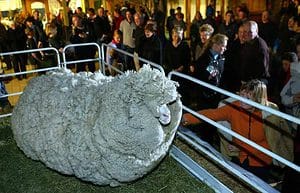 Forgive my ignorance, but I had this sort of preconceived idea that there would be an wool upper limit from which sheep would simply stop growing wool or at least not at the same accelerated pace. At least, I thought there would be some sort of naturally occurring shedding involved, otherwise how were sheep able to survive during all this time before humans were there to cut the extra wool. Man’s intervention slipped me through, though.

According to Dave Thomas, head of sheep studies at the University of Wisconsin, Madison for Modern Farmer, domestic sheep, which have gone through thousands of years worth of natural selection by herders, will grow and grow wool indefinitely if humans don’t cut it.  Primitive sheep like Bighorns in the West still shed most of their wool every year. And domestic sheep, the ones raised primarily for their meat, will do some shedding. But for the majority of sheep, there is continual, year-round wool growth. 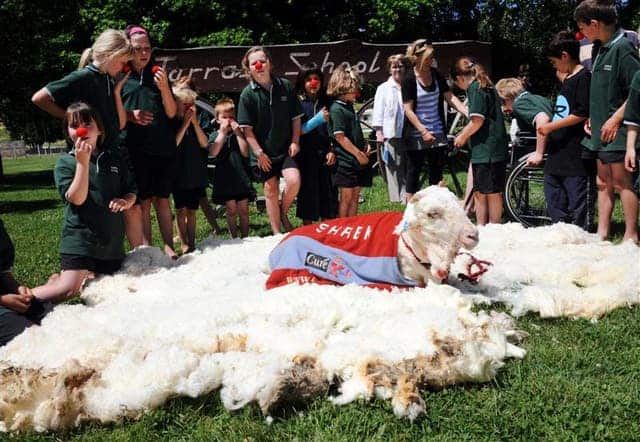 Back to Shrek, though, since he’s the true star for today. After he was found, all media attention in New Zealand was directed towards him (keep your sheep jokes for the comment section). The shedding was even televised in an event that was followed by almost the entire nation and beyond, as more than  60 pounds of fleece were shed or enough to produce 20 men’s suits. . There was a children’s book, and a charity auction of his pelt, and a trip to meet the Prime Minister, and an estimated $100 million in publicity for the nation’s export industry, and he remained a celebrity to the very end when he was put down in 2011 at 16 year of age, toward the back end of his breed’s life expectancy.