Lizards have survival instincts even before they are born

by Mihai Andrei
in Animals, Studies
Reading Time: 3 mins read
A A
Share on FacebookShare on TwitterSubmit to Reddit

Unborn lizards can erupt from their eggs days before they should if they recept vibrations that hint at a predator coming. The premature hatchlings literally begin their life by running as fast as they can. 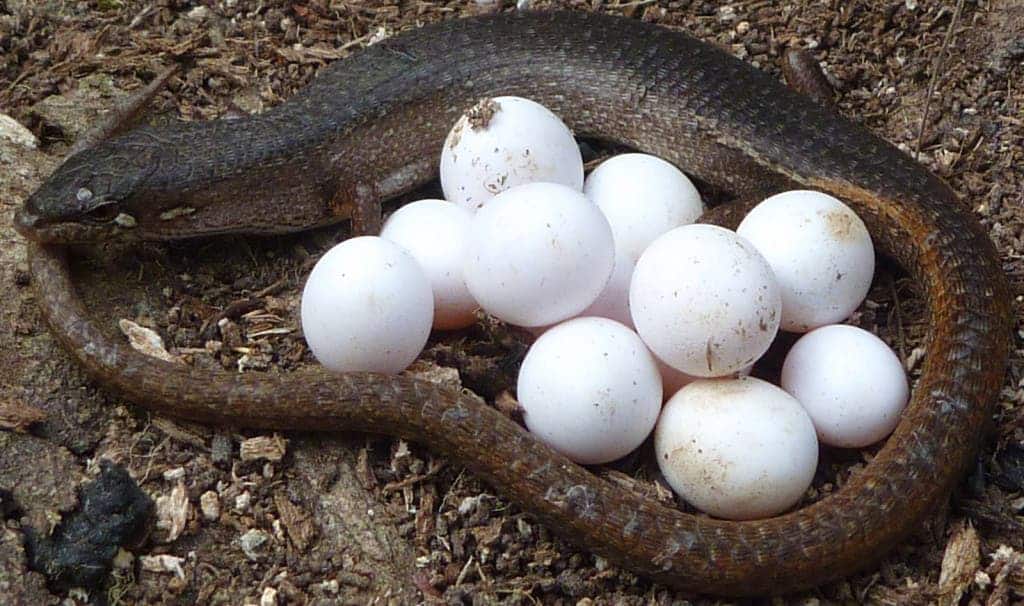 Talk about having an escape plan! The fact that lizards can have such spectacular survival reflexes even before they are born seems abolutely baffling to me – as it did to behavioral ecologist J. Sean Doody.

It is already well known that an array of factors can affect when eggs laid by all kinds of creatures finally hatch. Some fish hatch prematurely if a certain temperature is reached, as do some lizards in the case of a fungal infection. Negative chemical or physical signals have been noted to prompt a premature breakout for some, while others delay hatching in a bid to stay safe.

A professor at the the University of Tennessee, Knoxville, Doody and student Philip Paull of Monash University in Australia began studying a population of delicate skinks (Lampropholis delicata) in a park near Sydney. These lizards lay their white, aspirin sized eggs in crevices or rock cracks; it takes some 4-8 weeks for the eggs to hatch. However, in 2010, the two had a startling surprise when they were conducting measurements on the eggs.

“They started hatching in our hands, at just a touch—it shocked us,” Doody recalls. “It turned into a real mess, they were just hatching everywhere.”

Following this event, Doody started conducting a more scientifically controlled experiment. He placed lizards and their eggs in two separate laboratories, and subjected one of them to vibrations, while leaving the other one alone. He also conducted three field experiments, in which they poked and prodded eggs with a small stick, or squeezed them gently with their fingers to see if there is any effects caused by these predator-like stimuli. Together, all these experiments offer “compelling evidence” that embryonic skinks can detect and respond to predator-like signals, the authors write in the March 2013 issue of Copeia.

In the vibrated laboratory, hatchlings emerged out 3.4 days faster on average, while in the field, the hatching of disturbed eggs was “explosive” – as they note, with the newborns often breaking out and sprinting for short distances.

“It’s amazing,” Doody says. “It can be hard to see because it happens so quick.”

This does have a downside, as premature birth almost always has:

“[E]arly hatching skinks were significantly smaller and left behind larger residual yolks in their eggs than spontaneously hatching skinks,” the authors write, potentially reducing the chances of survival.

Still, it’s better to be smaller than eaten, if you ask me.