by Mihai Andrei
in Agriculture, Studies, World Problems
A A 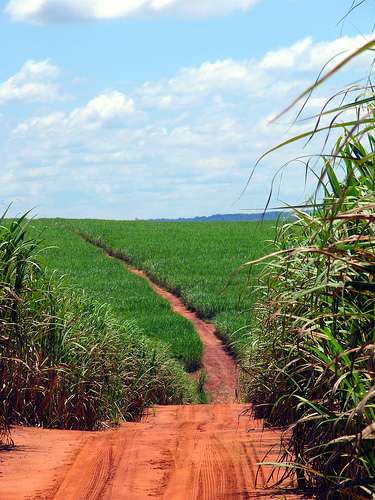 This month, two independent teams have announced that they have succesfully converted sugar-potentially derived waste from agriculture and non-food plants into gasoline, diesel, jet fuel and other chemical substances of high importance.

Randy Cortright, a chemical engineer at Virent Energy Systems of Madison, Wisc. announced that carbohydrates and sugars can be processed into a number of substances used as petroleum, or in the pharmaceutical industry.

“NSF (National Science Foundation) and other federal funding agencies are advocating the new paradigm of next generation hydrocarbon biofuels,” said John Regalbuto, director of the Catalysis and Biocatalysis Program at NSF and chair of an interagency working group on biomass conversion. “Even when solar and wind, in addition to clean coal and nuclear, become highly developed, and cars become electric or plug-in hybrid, we will still need high energy-density gasoline, diesel and jet fuel for planes, trains, trucks, and boats. The processes that these teams developed are superb examples of pathways that will enable the sustainable production of these fuels.”

Also, a separate discovery of a very similar process was reported by Dumesic laboratory. The key to both these discoveries is a process called phase reforming. Basically, when you pass a water slurry from plant derived sugar over some catalysts that speed up reactions without self destroying, carbon-rich organic molecules split apart, and then recombine to form chemicals that are extracted from non-renewable petroleum. Dumasic explains that a key role in this was played by an intermediary stage of the sugars.

“The intermediate compounds retain 95 percent of the energy of the biomass but only about 40 percent of the mass, and can be upgraded into different types of transportation fuels, such as gasoline, jet and diesel fuels,” said Dumesic. “Importantly, the formation of this functional intermediate oil does not require the need for an external source of hydrogen,” he added, since hydrogen comes from the slurry itself.