by Mihai Andrei
in Chemistry, Environmental Issues, Research
A A 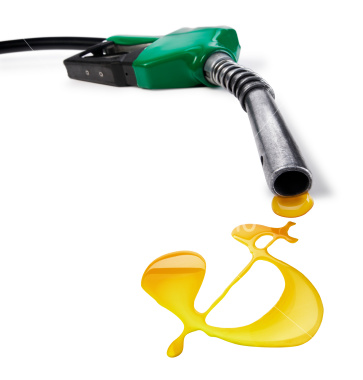 Researchers from the University of Wisconsin-Madison have made a significant breakthrough in the development of biofuels (“green gasoline”), a liquid identical to standard gasoline yet created from sustainable biomass sources, such as poplar trees and switch grass. Poplar plants have been in the scientific spotlight before, as they are considered to disarm toxic pollutants 100 times better than the usual stuff.

Reporting in the April 7, 2008 issue of Chemistry & Sustainability, Energy & Materials (ChemSusChem), chemical engineer and National Science Foundation (NSF) CAREER awardee George Huber of the University of Massachusetts-Amherst (UMass) and his graduate students Torren Carlson and Tushar Vispute announced for the first time the direct conversion of plant cellulose into gasoline components. While we are probably 5-10 years away from actually making this gasoline a viable choice, this is definetly a significant breakthrogh which has surpassed several hurdles in its way to bringing green gasoline biofuels to market.

“It is likely that the future consumer will not even know that they are putting biofuels into their car,” said Huber. “Biofuels in the future will most likely be similar in chemical composition to gasoline and diesel fuel used today. The challenge for chemical engineers is to efficiently produce liquid fuels from biomass while fitting into the existing infrastructure today.”

“Green gasoline is an attractive alternative to bioethanol since it can be used in existing engines and does not incur the 30 percent gas mileage penalty of ethanol-based flex fuel,” said John Regalbuto, who directs the Catalysis and Biocatalysis Program at NSF and supported this research.

Also, aside from the academic laboratories, other smaller businesses and petroleum are chasing the green gasoline objective. Aside from other advantages, producing it also requires less energy, and with the plan that Huber presented, it seems we can see the light at the end of the tunnel in the the impending fuel crisis.