Dead human skin gathered in dust is good for the air 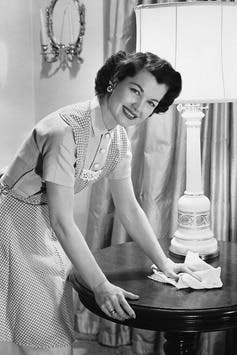 Ironically, while most tidy people in the world are busy dusting off furniture, electronics, ceilings, cats, whatnot, researchers have shown in a  recent study that the same dust is actually very good for the air, reducing ozone levels by 2 to 15 percent. All because of dead human skin.

Ozone is crucial for preventing potentially damaging electromagnetic radiation from reaching the Earth’s surface, but in the lower atmosphere, say ground level, it acts as an air pollutant with harmful effects on the respiratory systems of animals and will burn sensitive plants.

Squalene, an oil found on skin cells, has six double carbon bonds in its molecules which interact with, and break apart, ozone. Chemist Charles Weschler and his team analyzed dust from non-floor surfaces in Demark, showing that squalene was more effective than cholesterol, which is another oil found on skin, at removing ozone.

Squalene human skin dust isn’t the only anti-ozone agent found in a household either – other chemicals that contain double bonds between atoms, like oleic acid found in certain cooking oils, and some surfaces, like those made of rubber or neoprene, also consume ozone, according to Weschler. Squalene found in living human skin also shows a contribution to reducing ozone levels, although in a smaller percentage.

“Basically, human beings are large ozone sinks. We have only found this out within the last five years!” Weschler wrote in an email to LiveScience. “In an occupied room humans consume more ozone than dust [does]. However, dust continues to react with ozone even when the room is not occupied.”

The average human sheds around 500 million skin cells per day, which means that your squalene levels will get replenished everyday, and although dust can be considered in this case beneficial, it will build up and at some point dusting is required. Dust can irritate allergies or even pass along microbes, so one should be always careful.

“The skin flakes shed by one person may trigger an allergic response in another person or may serve to pass along microbes that could cause an adverse effect,” Weschler wrote. “While it is a good thing that dust consumes ozone, we should continue to clean — to remove dust. Human occupants will continue to ‘recharge’ squalene in dust and on the surfaces that they contact.”