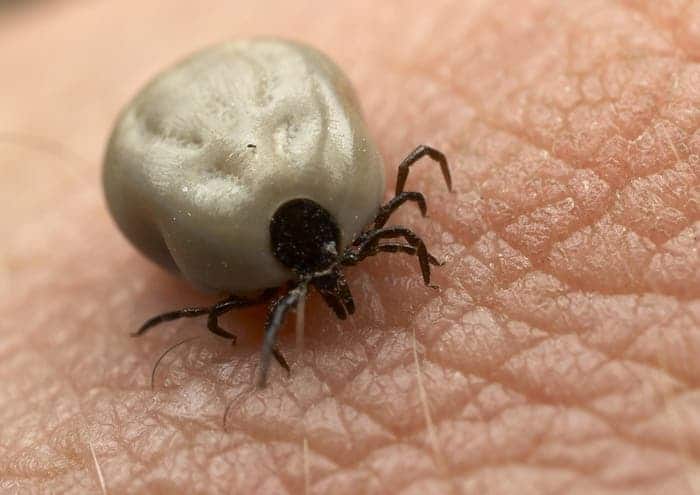 Five years ago, an outbreak of a mysterious and deadly disease in central China first started alarming local authorities when an alarmingly high mortality rate was linked to it. At first, the outbreak was considered to be bacterial, namely human granulocytic anaplasmosis (HGA), carried by infected ticks that passed the deadly disease on to farmers living in six of China’s most populated zones. Infected farmers experienced pain, high fever, gastrointestinal disorder – initial reports concluded that the infected mortality rate was as high as 30%!

In a recent study published in the New England Journal of Medicine, scientists led by Dr. Xue-Jie Yu of the University of Texas Medical Branch at Galveston, have proven that the alarming Chinese tick outbreak is not bacterial, but the result of a previously unknown virus.

“We expected to find a bacterial infection behaving in an unexpected way – human anaplasmosis has a less than one percent fatality rate in the U.S., and it rarely causes abdominal pain or vomiting or diarrhea,” said Dr. Xue-Jie Yu of the University of Texas Medical Branch at Galveston, lead author of the paper detailing the discovery. “Instead, we found an unknown virus.”

As a specialist in tick-borne diseases, Dr. Yu closely analyzed patient clinical data reports and observed big differences from symptoms produced by HGA, this added to the fact that blood sera drawn from patients revealed no HGA or HGA antibodies, enforced his suspicions that this wasn’t a bacteria, but a virus.

After close electron microscope studies of deactivated virus particles, scientists saw that it resembles a hantavirus. However, initial genetic tests failed to generate a match with a known pathogen. “Clearly, we had a virus, but what virus?” Yu said. “I told the people I was working with that they needed to be even more careful, because we were working with an unknown.”

The newly discovered pathogen Severe Fever with Thrombocytopenia Syndrome virus, and placed it in the Bunyaviridae family, along with the hantaviruses and Rift Valley Fever virus.

“This seems to be a tick-borne disease, and the disease comes out when the ticks come out, from late March to late July,” Yu said. “Fortunately, even though the full life cycle is not clear, we know that for the virus humans are a dead end – we don’t have human-to-human transmission as we did with SARS.”