Why is the average IQ higher in some parts of the world?

by Mihai Andrei
in Psychology, Studies
Reading Time: 3 mins read
A A
Share on FacebookShare on TwitterSubmit to Reddit

Being smart is the most valuable thing a man can have for himself; seriously – this is not a metaphor. Studies have shown that babies spend as much as 90% of their energy building their brains, and even as an adult, 25% of your energy goes directly to the brain. 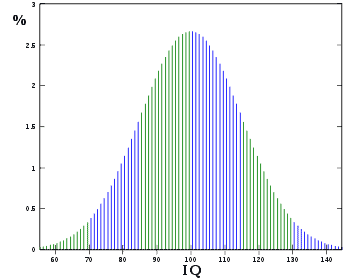 A great number of studies have shown that IQ levels vary greatly throughout the world, but also within the boundaries of the same country, and this has intrigued researchers for ages. Are the causes genetic, environmental, or a mixture of both? A higher IQ in the vast majority of cases leads to a better education, better job performances, a bigger salary, improved productivity and lower risk of obesity, among others. So understaning this variance could have huge benefits. With this thought in mind, Christopher Eppig, Corey Fincher and Randy Thornhill published a paper in the Proceedings of The Royal Society.

Until now, scientists have offered a few somewhat satisfactory explanations about the IQ distribution; for example, Nigel Barber argued that variation in IQ is due primarily to differences in education. Donald Templer and Hiroko Arikawa argued that colder climates are difficult to live in, such that evolution favors higher IQ in those areas. Satoshi Kanazawa suggested that evolution favors higher IQ in areas that are farther from the evolutionary origin of humans: sub-Saharan Africa. Basically, evolution has developed us in such a way that we can survive without thinking too hard. As we migrated away though, the environment became much tougher, forcing us to adapt and develop in order to survive. However, this new study comes up with a new and interesting idea.

They claim that since so much energy is given to the mind during childhood, a blow to this energy, such as infectious disease, could have an extremely harmful effect – and they tested this idea. The results were quite clear, showing that there is a direct connection not only between significant infectious childhood diseases and IQ, but also between intestinal worms and IQ levels. 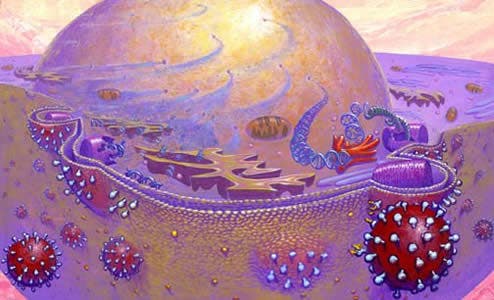 However, despite these clear results, the study has its limitations; education is perhaps the most powerful parameter in this case, and it is practically impossible to eliminate. In order to limit its effects as much as possible, they studied a single nation, with standardized, compulsory education – the United States. Average IQ varied in different states, but again, infectious disease was an excellent predictor of average state IQ. The states with the five lowest average IQ all have higher levels of infectious disease than the states with the five highest average IQ, and the relationship was good across all of the states in between.

Of course, this doesn’t go to say that this is the main factor in intelligence quotient – not at all. But it does suggest that it is more important than genetic factors, for example; if this was the case, then IQ would be extremely hard to change by any factor whatsoever.