American skulls have significantly gotten larger in the past seven generations, and still growing

by Tibi Puiu
in Anthropology, Studies 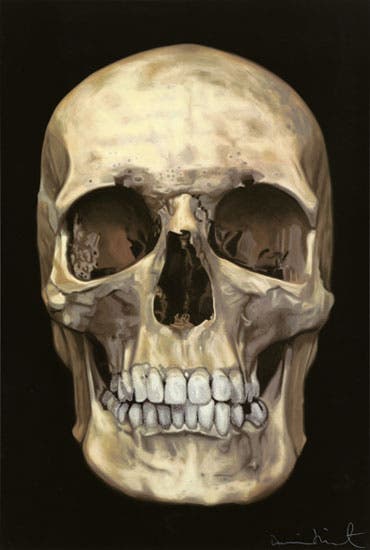 A new study from anthropologists at University of Tennessee analyzed the skulls of caucasian American men and women from between the mid-1800s to the mid-1900s. Their findings showed that the average American’s skull today is larger and narrower than it used to be seven generations ago.

In total, over 1,500 skulls have been analyzed, and though humans are taller, in general, than they used to be, say a hundred or two hundred years ago, the growth in skull size is disproportional to the rest of the body, suggesting other factors are at work.

“It likely results from modified growth patterns because of better nutrition, lower infant and maternal mortality, less physical work, and a breakdown of former ethnic barriers to marriage. Which of these is paramount we do not know.”

The researchers found that the average height from the base to the top of the skull in men has increased by eight millimeters, or about a third of an inch, resulting in an increase in skull volume of around 200 cubic centimeters ~ just about that of a tennis ball. In women, the corresponding increases are seven millimeters and 180 cubic centimeters.

Are American brains getting bigger too? Well, for one brain size had been found to be correlated with skull size in previous studies, but this has not been proven yet, given the short supply of 1800s brains, probably…

Is the increase in skull size part of a larger pattern of the human body growing in general? Like I said earlier, humans have grown taller than they used to. Body height has increased by 5.6 percent and femur length by two percent, the UT study shows, while skull height  has increased 6.8 percent since the late 1800s. Also the study found that Americans are maturing faster than before. A separation in the bone structure of the skull called the spheno-occipital synchondrosis, which in the past was thought to fuse at about age twenty, is now fusing much earlier – 14 for girls and 16 for boys.

“This might affect skull shape by changing the hormonal environment, which in turn could affect timing of growth and maturation,” says professor emeritus  Richard Jantz.

“We know it has an effect on the long bones by increasing muscle attachment areas, increasing arthritis at certain joints, especially the knee, and increasing the weight-bearing capacity.”

Previous studies have also revealed an increase in skull size among European populations, however not this significant. The team of researchers presented their findings at the American Association of Physical Anthropologists meeting in April.