200 million years ago, half of all life on Earth went extint from a methane eruption

by Tibi Puiu
in Environmental Issues, Science, Studies
Reading Time: 2 mins read
A A
Share on FacebookShare on TwitterSubmit to Reddit 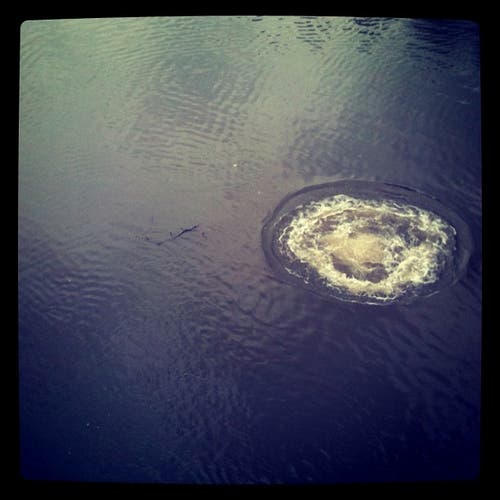 Around 200 million years ago, the Earth was still one big continent – the great Pangaea. Around that time came, what’s commonly referred to as, the End-Triassic mass extinction period in which half of all marine life on the planet went extinct. For years, scientists believed that this came as a result of a mass volcanic eruption across the world, as the massive continent split into multiple segment-continents.

A new study, published just recently in the journal Science, concludes, however, that responsible for the mass extension is actually a deadly methane eruption in the sea floor. Researchers at the Nordic Center for Earth Evolution at the University of Copenhagen claim that as a huge quantity of methane being released into the atmosphere, it killed off much of the species on Earth and paved the way for the age of dinosaurs.

Earth scientist Micha Ruhl and colleagues examined ancient plant fossils sampled from the bottom of the Tethys Ocean, and based on their molecular analysis it appears that “at least 12,000 gigatons of methane was injected into the atmosphere over just 10- to 20,000 years of the end-Triassic extinction.”

The sea floor eruption seems to have went on “burping” for at least 600,000 years, scientists observed. Although it stays in the atmosphere for a briefer period, methane is a more potent greenhouse gas than carbon dioxide and when released outside in the atmosphere, it triggers the release of more methane. A snow-ball effects is thus achieved, which might explain the prolonged duration of the emissions.

According to a release about Ruhl and his team’s findings:

The researchers suggest that this short-lived burst of methane was more likely responsible for the mass extinctions. Changes in vegetation at the end of the Triassic Period also provide evidence of strong warming events and an enhanced global water cycle at the time, they say. Ruhl and his colleagues also say that their findings may help scientists plan ahead, since humans could potentially contribute 5,000 gigatons of carbon or more to the atmosphere if we were to burn all of our known fossil fuel reserves.

However, this doesn’t change any theories about how the dinosaurs went extinct. Just last week the youngest dinosaur fossil was found, which added considerable weight to the already prevailing asteroid mass extinction theory.