by Tibi Puiu
in Discoveries, Research, Technology
Reading Time: 4 mins read
A A
Share on FacebookShare on TwitterSubmit to Reddit 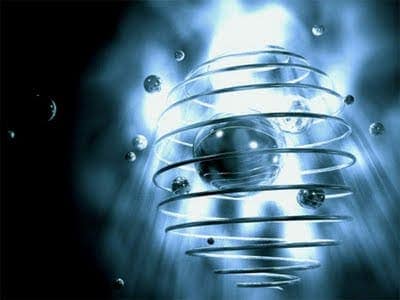 It’s amazing where computer science is heading to, and with quantum computing getting more and more popular, the trend of evolving towards smaller and smaller scales has just reached another level – an atomic level.

Gerhard Rempe at the Max Planck Institute of Quantum Optics in Garching have stored quantum information in a single atom! This new method will help design powerful quantum computers and to network them with each other across large distances. Quantum computers are extreme powerful because of their ability of simultaneously process the diverse pieces of information which are stored in the quantum state of microscopic physical systems, such as single atoms and photons, thus tasks that would take current computing devices years to process will only mean moments for the quantum computers of tomorrow.

Researchers are most curious about how they are able to link photons with matter, since the photons are used as a means of transporting information while matter is used to store it. Significant findings have been made on the subject, but on a level in which thousands of atoms were interconnected to transfer information, the physicists at the Max Planck Institute of Quantum Optics in Garching have now proved that quantum information can also be exchanged between single atoms and photons in a controlled way.

A difficult task at hand…

Even so, because of the extraordinary minituarization the process of exchanging information between a photon and single atoms is extremely difficult, and often requires repetition of the quantum state because of storage errors. “In addition, it offers the chance to check whether the quantum information stored in the photon has been successfully written into the atom without destroying the quantum state,” says Specht

It’s incredible that the researchers have managed to create a connection between atom and photon in the first place, since the two interact very weakly – they’ve managed to enhance it using a trick which carries the quantum information by polarization. A rubidium atom was placed between the mirrors of an optical resonator,after which the researchers used very weak laser pulses to introduce single photons into the resonator. The mirrors of the resonator reflected the photons to and fro several times, which strongly enhanced the interaction between photons and atom.

The physicists in Garching, through constant experimental work, have manage to raise the transfer fidelity to up to 90% from the 67% which is currently obtainable using classical methods, not derived from quantum effects. Fidelity refers to which percentage the information which is read-out and obtained corresponds to the information which was initially transmitted.  The method developed in Garching is therefore a real quantum memory.

There is still a lot of work ahead of the researchers, for example the time the quantum information in the rubidium can be retained, as around 180 microseconds, which is far too short for quantum computing methods to be used in a network. “This is comparable with the storage times of all previous quantum memories based on ensembles of atoms,” says Stephan Ritter, another researcher involved in the experiment.

Another problem Garching needs to address is the matter of efficiency which is a measure of how many of the irradiated photons are stored and then read out again. In this case it is under 10 percent.

The researchers at the Max Planck Institute in Garching now want to work on these two improvements. “If this is successful, the prospects for the single-atom quantum memory would be excellent,” says Stephan Ritter.