People faced with the threat of death go out shopping more

by Tibi Puiu
in Psychology, Research
Reading Time: 3 mins read
A A
Share on FacebookShare on TwitterSubmit to Reddit 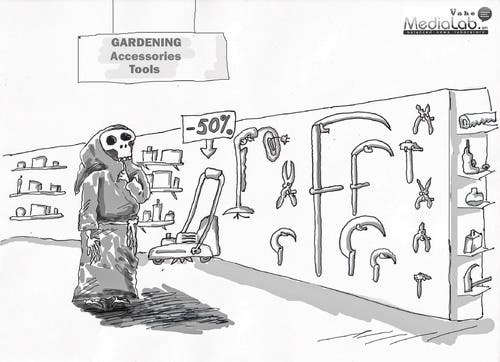 Death is ubiquitous and inevitable, and people have learned to cope with it in various ways. In some places of the world, however, death is a more immediate prospect than in others. A team of researchers at Michigan State University led by marketing  professor Ayalla Ruvio found that people faced with a mortal threat such as a terrorist attack are more likely to engage in  compulsive consumption, and impulsive buying than those who are less exposed to such a threat. Their findings suggest the more materialistic the individual, the great the urge to shop – often buying habits include purchasing things people don’t actually need or afford. The findings extend to people who fear death and are materialistic, though they live in a low-threat environment such as the U.S.

The research consists of two major studies on two different kinds of shoppers: one in Israel, and the other in the U.S. For the Israeli study, the researchers handed out questionnaires at a community center in a town just one kilometer from the Gaza Strip, during six months of daily rocket attacks there in 2007.  The same survey was distributed to people living in a town much farther away from the fighting, who were aware of the ensuing violence but weren’t directly exposed to the threat.

The questionnaires were built in such a way so that the researchers might correlated shopping habits with traumatic stress. Did they experience post-traumatic symptoms such as nightmares or memory loss? Did they cope with negative feelings by buying things? How often did they return from a shopping trip with items they hadn’t meant to purchase? Other questions assessed how materialistic the subjects were—did they place a lot of value on owning nice things?

Shop and stop thinking about death

Based on questions such as these, the researchers found that Israelis who were under threat of dying from the bombing were both more likely to report more post-traumatic stress and admit to more compulsive or impulsive shopping behaviors. The more materialistic the participants  , the stronger the two of the effects were found to be.

In the second study, the researchers gathered data from 855 American subjects who participants in an online survey. The questionnaire was similar to the Israeli one, in the sense that it asked people what their shopping habits are and measured how materialistic they are. Because the U.S. participants weren’t subjected to a direct threat, the survey measured how much they thought about their own death. The researchers found that people who are more materialistic both feared death more and were more likely to engage in impulse shopping, than people less materialistic. According to the researchers, this makes bad events even worse.

“Our U.S. study suggests that these effects are likely due to the fact that materialistic individuals exhibit lower levels of self-esteem, which reduces their ability to cope with traumatic events. Thus, our results indicate that, in addition to its well-documented harmful direct effect on psychological well-being, materialism also exerts an indirect negative effect by making bad events even worse.”