Sleeping pills might put you to bed for good: linked with higher death risk

According to a recently released study authored by American physicians, sleeping pills are  linked to a more-than fourfold risk of premature death. If that wasn’t enough, the study goes on to state that people who take high doses are associated with a  35-percent increased risk of cancer, compared to non-users, although a valid explanation as to why this happens couldn’t be offered by the authors.

The conclusions were drawn after a team of doctors at the Scripps Clinic Viterbi Family Sleep Center in La Jolla, California , lead by Dr. Daniel Kripke, analyzed the records of 10,500 adults living in Pennsylvania who were taking prescribed sleeping aids, and compared them against more than 23,600 non-user counterparts, matched for age, health and background. 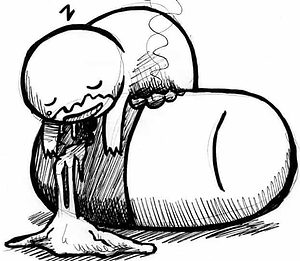 During the two and a half year long study, the researchers considered the administration patterns of subjects taking widely prescribed sleeping pills, like benzodiazepines, non-benzodiazepines, barbiturates and sedatives. During this time frame, around a thousand fatalities occurred. At a first glance, no striking differences between the mortality rates in the two groups could be observed, upon a closer look though, things turned scary.

Those who took between 18 and 132 doses of the pills per year were 4.6 times likelier to succumb to death than the “control” group. If you might believe the metric, terrifying as it may be, is describing only a highly limited fraction of the group, like the hardcore consumers, keep in mind that even those who took less than 18 annual doses were more than 3.5 times likelier to die.

“Rough order-of-magnitude estimates… suggest that in 2010, hypnotics (sleeping pills) may have been associated with 320,000 to 507,000 excess deaths in the USA alone,” says the study.

The doctors involved in the study say they have an evident correlation at hand between sleeping pills usage and increased mortality rate, but up so far, the link is only statistical and they have yet to find the cause to the effect. The data is interesting enough though, considering the incredibly common usage of such drugs in the United States.

“We estimate that approximately six to 10 percent of US adults used these drugs in 2010 and the percentages may be higher in parts of Europe,” they write.

The average age of the people involved in the study, both users and non-users, is 54. While the study did not show the drugs actually caused cancer or death, the authors said there were many known ways for sleeping pills to shorten life because they were associated with depression which can trigger suicide, as well as interfering with motor and cognitive skills, which can cause accidents. Sleeping pills are also known to cause sleep apnoea for some people, which can lead to heart failure.

“From this nonrandomized study, we cannot be certain what portion of the mortality associated with hypnotics may have been attributable to these drugs, but the consistency of our estimates across a spectrum of health and disease suggests that the mortality effect of hypnotics was substantial.”

The researchers’ findings were published in the journal British Medical Journal’s Open.