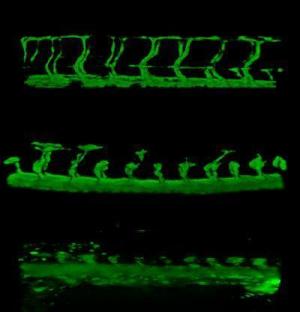 Everyday you hear about something that cures (or almost cures) cancer; some stand out and are quite effective, some are not. This drug appears to be in the first category, as it is highly potent compound with a unique structure, and scientists are thrilled to have found it. It was discovered by a collaborative team of researchers led by Dennis Carson M.D., professor of medicine and director of the Rebecca and John Moores UCSD Cancer Center at the University of California, San Diego (UCSD). They isolated it from a toxic blue-green algae found in the South Pacific.

“We are excited because we have discovered a structurally unique and highly potent cancer-fighting compound,” said Dwayne G. Stupack, associate professor of pathology at the Moores UCSD Cancer Center. “We envision it will be perfect for emerging technology, particularly nanotechnology, which is being developed to target cancerous tumors without toxic side effects.”

It’s called somocystinamide A (ScA) and its properties are described in a paper which will be published in Proceedings of the National Academy of Science the week of February.

How does it work? Well first of all, it was found in the cyanobacteria L. Majuscula, also known as “mermaid’s hair,” gathered off the coast of Fiji in the South Pacific by the laboratory of William Gerwick at Scripps Institution of Oceanography. Then, an impressive team of scientists worked to figure out its misteries; their goal was to identify, screen and test marine compounds in vitro and in vivo, and the results were quite impressive. ScA inhibits neovascularization, the formation of blood vessels that feed tumors, and also had a direct impact on tumor cell proliferation.

“The compound isn’t toxic to the cyanobacteria itself, but activates a ‘death pathway’, present in our cells,” said Stupack. “When the cells of the blood vessels that feed tumors become activated and proliferate, they become especially sensitive to this agent.”

“ScA is the first, and most potent compound we’ve identified so far,” Stupack said, but then added that it won’t be the last, as the Scripps team has identified more than 250 unique compounds from L. Majuscula alone. We don’t know how abundent ScA is, neither how easy it will be to harvest it, so it would be great if they were able to produce this in a lab.