Talking robot mouth learns how to sing. Tries at least

There were a lot of crazy exhibits on display at this year’s Robotech 2011, and one of the most impressive stands was that of Professor Hideyuki Sawada from Kagawa University in Japan who showed off an bizarre looking artificial mouth designed to look and function as close as possible to the real thing.

With this faithful approach to nature, Sawada’s mouth robot was constructed complete with an air pump for lungs, eight fake vocal cords, a silicon tongue, and even a nasal resonance cavity that opens and closes. More on the contraption directly from the author can found in the video below. 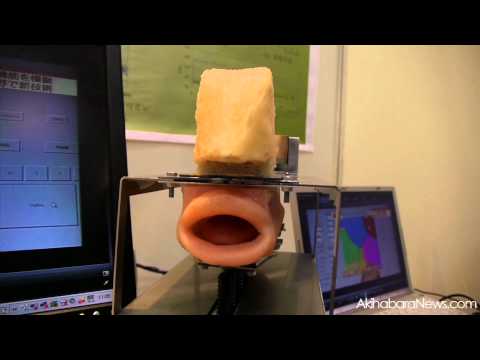 Here’s a video demonstration, as well, in which the mechanical mouth tries to sing a Japanese children’s song called “Kagome Kagome. Please be patient with it or alternatively fast forward 30 seconds. 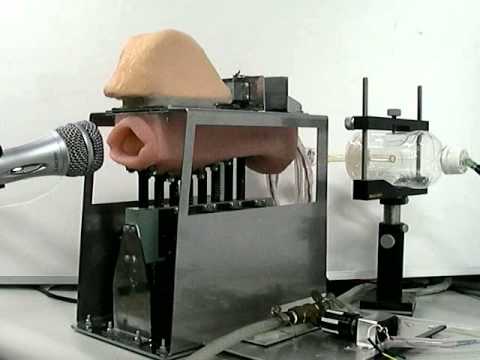 I know that wasn’t much, but considering it’s an incipient technology, the whole thing was just borderline horrid.  Like other similar artificial mouth’s, this devices as well uses a microphone to listen to itself speak  and analyze what it hears in order to figure out whether its sounding right or not.

More work and investigation is necessary, of course, however future advancements could prove to be highly applicable in bionics or human-friendly robots.