by Tibi Puiu
in Inventions, Other 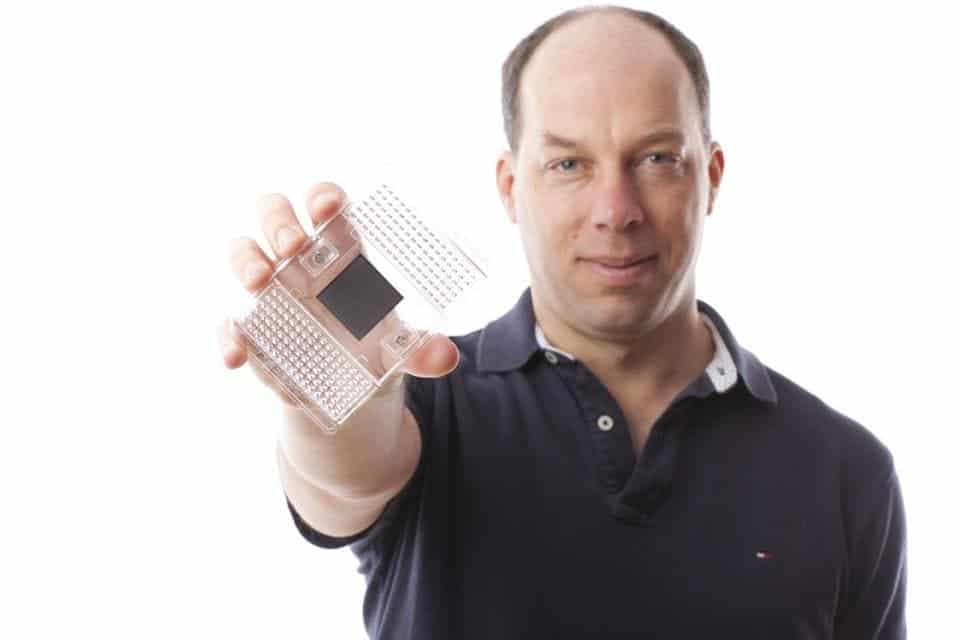 Stephen Quake is a professor of bioengineering and applied physics at Stanford University and investigator at the Howard Hughes Medical Institute. Besides his fruitful academic background however, Quake is an extremely prolific inventor, as well, his most successful one being a chip with miniature pumps and valves that incorporates complex fluid-handling steps to speed genetic research. For his contribution to the field of genetics and innovative efforts combining integrated circuitry to biology, Quake was recently awarded the prestigious Lemelson-MIT prize for outstanding innovators, worth $500,000.

“I get interested in a scientific problem and often find a way to measure the thing I’m interested in,” Quake said in an interview. “Often I find the measurement technique has different applications.”

It’s not like he needs the cash that much, though. Quake co-founded Fluidigm Corp in 1999 to commercialize his genome sequencing technology, a company which  generated sales of $10.8 million in the first quarter of 2012.

Quake first reached major headlines in 2009, when news outlets covered how he managed to sequence his own genome for under $50,000. During his personal genome research, he found a mutation that made him prone to cardiomyopathy, a disease that weakens and enlarges the heart muscles. He soon choose to be frequently monitored by a cardiologist.

Imagine an age of personalized medicine, one in which every person would be able to have his genome sequenced, easy and on the cheap, to efficiently prevent genetically transmitted or favorable diseases. We might not be that far away. Last year I reported how Ion Torrent System developed a device which would be able to sequence a person’s genome for under $1000! That may sound fantasmagoric, but sources have it that it’s indeed double. More on it in 2013, alegedly.

Back to Quake, the inventor also developed a non-invasive prenatal diagnostic test for Down Syndrome and is currently preoccupied with better understanding the human immune system; an interested sparked when one of his two children developed food allergies.

“As we started to see doctors we realized a lot is not known about how allergies work and how the immune system gets off track,” he said.

When asked about the prize money for the recently awarded Lemelson-MIT, Quake said he’ll most likely put them in his kids’ college fund. Now that’s a guy cooler than all the video games put together.