by Tibi Puiu
in Chemistry, Research
A A

Researchers at MIT have developed a novel technique of creating cheap and reliable sensors for toxic gases by simply etching carbon nanotubes with a mechanical pen on a special paper, fitted with electrodes. The method allows for easy to make, cheap and reliable sensors that detect noxious gases in the environment, without the hassle that usually follows carbon nanotube manufacturing.

Instead of graphite, MIT chemists developed a special pencil lead made out of compressed carbon nanotube powder, which can be used with any kind of mechanical pencil. A carbon nanotube is a tube shaped carbon molecule arranged in a hexagon lattice, only one nanometer in diameter or 50,000 times thinner than a human hair. Using the pencil,  Timothy Swager, the lead researcher, and colleagues, inscribed a sheet of paper, fitted with electrodes made out of gold. An electrical current was then applied to the sheet of paper, and measured as it flows through the carbon nanotube strip, now transmuted into a resistor.  Many gases bind to the carbon atoms in the carbon nanotubes, and thus disrupt electrical flow. By detecting this flow disruption, the presence of the gas can be determined.

For their research, the MIT scientists focused on detecting minute quantities of ammonia, a highly dangerous gas, but they claim the system can easily be adapted to a slew of gases. Two major advantages of the technique are that it is inexpensive and the “pencil lead” is extremely stable, says Swager. On top of that, conventional carbon nanotube sensors rely on hazardous manufacturing techniques likedissolving nanotubes in a solvent such as dichlorobenzene  – the present research  uses a solvent-free fabrication method.

“I can already think of many ways this technique can be extended to build carbon nanotube devices,” says Zhenan Bao, an associate professor of chemical engineering at Stanford University, who was not part of the research team. “Compared to other typical techniques, such as spin coating, dip coating or inkjet printing, I am impressed with the good reproducibility of sensing response they were able to get.”

The carbon nanotube sensor was described in the journal Angewandte Chemie. 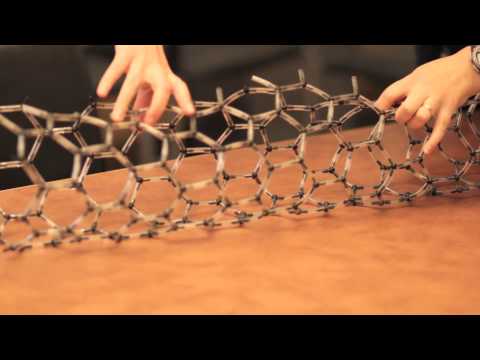