A company called nanoFlowcell has revealed a concept sports car which gets its energy from salt water and can run up to 621 miles on this electricity alone - wow!

by Mihai Andrei
in Inventions, News, Science, Technology
Reading Time: 2 mins read
A A
Share on FacebookShare on TwitterSubmit to Reddit

A company called nanoFlowcell has revealed a concept sports car which gets its energy from salt water and can run up to 621 miles on this electricity alone – wow! 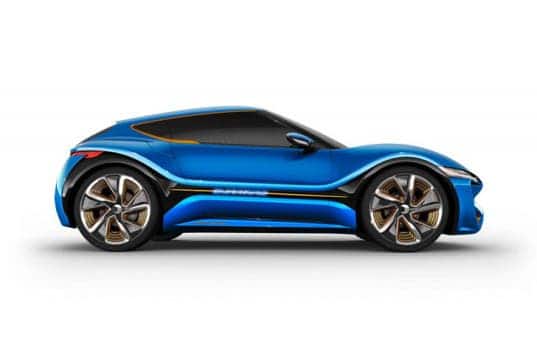 The Quantino concept is a small coupe with just enough room for 4 passengers. Power is provided by a low-voltage drive system, two ionic liquid storage tanks and four electric motors that  generate 136 horse power – but the key innovation here is the battery: the car uses a flow cell battery.

According to the company, the flow cell battery is an especially simple and effective storage medium for electrical energy.

“Flow cells are chemical batteries that combine aspects of an electrochemical accumulator cell with those of a fuel cell. Liquid electrolytes circulate through two separate cells in which a “cold burning” takes place, during which oxidation and reduction processes happen in parallel and thereby produce electrical power for the drive train.”

A flow cell battery is not an innovation in itself – they’ve been used for years now, just not in cars. This type of battery consists of two tanks of liquids which are pumped past a membrane held between two electrodes. Ion exchange (providing flow of electrical current) occurs through the membrane while both liquids circulate in their own respective space. The required cell voltage varies between 1 and 2.2 Volts.

There are several advantages to this type of battery – the main one here being increased longevity – but applications are generally less powerfull and require more complex electronics. Apparently, nanoFlowcell solved that – and the car can run for over 600 miles, much more than today’s designs. Hey, and the design is spectacular! 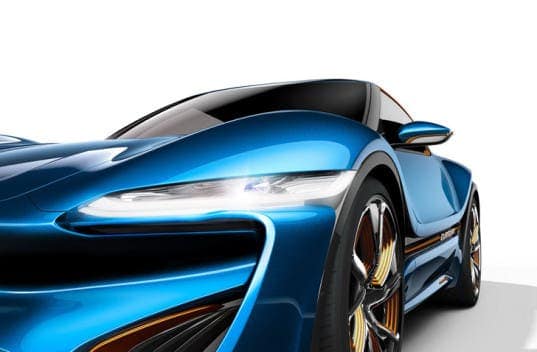 “It is not just a concept vehicle; it will become reality in the course of this year. We will be driving the QUANTiNO in 2015 and we aim to attain approval for road use very quickly,” says Nunzio La Vecchia, chief technical officer for nanoFlowcell.