The sun is the biggest source of energy on our planet, and it’s all natural. It’s enough to realize that in one hour the sun produces enough energy to power all the electrical needs of the word for an entire YEAR! Naturally, research has been underway for many years now for means of practically and efficiently exploiting this remarkable natural resource, however progress is slow and so far solar energy accounts for a negligible percentage (around 0.05%) of the total electricity generating resources.

Conventional photovoltaic solar panels are getting more popular and used, but rejoicing as it is, they’re highly inefficient and hard to deploy at a necessary mass scale. A very interesting alternative is the so called “artificial leaf” technology, which has been in the works for a decade now, but only recently it has come to a practical, efficient and cheap form out of MIT labs.

What artificial leafs do is harness the power of nature just like nature does it, in this case by artificial photosynthesis. Massachusetts Institute of Technology professor Daniel Nocera presented the results of his work and that of colleagues on the artificial leaf at this year’s National Meeting of the American Chemical Society. There, he showed how we can draw cheap and clean energy from water and the sun, by splitting water to get hydrogen fuel and oxygen.

Placed in a single gallon of water in bright sunlight, the device could produce enough electricity to supply a house in a developing country with electricity for a day, Nocera said.

“The artificial leaf shows particular promise as an inexpensive source of electricity for homes of the poor in developing countries. Our goal is to make each home its own power station,” Nocera said in a statement.

The breakthrough was made when the manufacturing of the indispensable catalysts was made possible using cheap materials like nickel and cobalt, instead of platinum.

“A practical artificial leaf has been one of the Holy Grails of science for decades,” said Daniel Nocera, Ph.D., who led the research team, in a press release. “We believe we have done it. The artificial leaf shows particular promise as an inexpensive source of electricity for homes of the poor in developing countries. Our goal is to make each home its own power station. One can envision villages in India and Africa not long from now purchasing an affordable basic power system based on this technology.”

A prototype of the artificial leaf device was reported to have run for more than 45 hours continously without any degradation in performance whatsoever. Also, it’s artificial photosynthesis is 10 times more efficient than that of a plant, and researchers hope to improve it to a much greater extent.

This is the researchers’ second-generation product, an improvement on their earlier release called “electrolyzer that splits water into hydrogen and oxygen” under the Sun Catalytix company, a start-up founded by Nocera which received a $4,000,000 grant from the Advanced Research Projects Agency-Energy (ARPA-E). Reports say that Sun Catalytix has signed a deal with the Indian company Tata group that could try to bring the technology to market consumers all over the world.

To get a better idea on how the artificial leaf works, press play on the youtube video below where the concept and how it works is explained in detail. 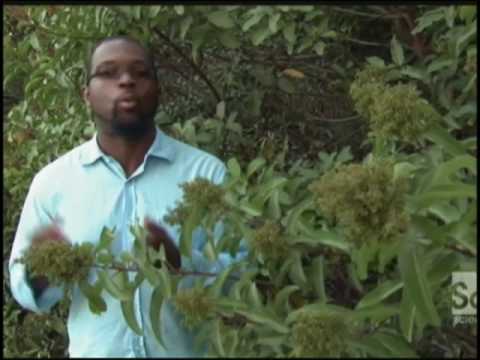