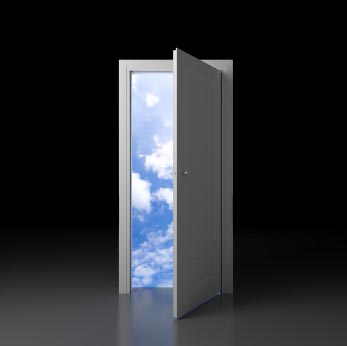 Back to the old, old times people believed dreams were messages sent from gods, so most of the times their actions were dramatically influenced b their mystical content. Wars were started, journeys begun , marriages arranged according to what the dreams suggested. And even though thousands of years have passed since then, our belief that dreams can influence our lives has still remained, and not only in remote communities. Let’s be frank: haven’t you ever had such a strange dream that you thought about it and its meaning the entire day?

Six different studies, involving about 1100 people, showed that this belief is shared by people belonging to different cultures and can manifest itself in all kinds of circumstances. According to Carey Morewedge, an assistant professor at Carnegie Mellon University, there is still a lot more for us to understand about the night productions of our mind.

One of the studies had the purpose of finding out exactly what people thought about dreams. So, 149 university students from USA, India and South Korea were asked to rate different theories about dreams. Most of the students, regardless of their culture, agreed that there is usually a hidden meaning connected to their lives and the world in them.

Another study was meant to determine how much dreams could influence people’s waking behavior. 182 commuters at Boston station were asked to say what they would do if one out of four scenarios came true before a scheduled flight: a national threat level raised to orange, indicating that a terrorist attack might occur, their conscientious thinking about the possibility of an air crash,  a dream about such an accident or a plane crash which occurred on the same route. The dream proved to have a very strong impact, creating the same level of anxiety as a real crash.

In the end the researchers wanted to establish whether all dreams are perceived as equally meaningful or if they were influenced by waking desires and opinions. 270 men and women from USA took part in a short online survey in which they were asked to remember a dream which included a person they knew. More importance was given to pleasant dreams involving people who were liked by the subjects, but the unpleasant ones including a person they did not like were considered more meaningful.

This proves that people can give a certain meaning to a dream when it corresponds to their original beliefs. A similar experiment seemed to prove the same thing: believers would take into consideration any dream in which God spoke to them while agnostics would only do that if the demand was a pleasant one. In other words, a command to take a vacation would raise more interest than one to indulge oneself in self-sacrifice.

Researchers have definitely started to draw some conclusions from these tests but there is still a lot more to study about the relation between people and their dreams. Even though most of us know a dream cannot predict the future, we still try to find their meaning, no matter what their content is.