A North Sea wreck has been identified as a German world war one U-boat, announced ScottishPower Renewables. The vessel found its resting place 90 kilometers (56 miles) off the Norfolk Coast.

by Alexandru Micu
in Discoveries, History, News, Videos
A A

A North Sea wreck has been identified as a German world war one U-boat, announced ScottishPower Renewables. The vessel found its resting place 90 kilometers (56 miles) off the Norfolk Coast.

SPR workers first detected the wreck while surveying the area for a windfarm development back in 2012, submerged under 30m (98 ft) of water.

A team of Dutch Navy divers was sent to investigate the site, as it was believed the wreck might be Netherland’s last missing submarine from world war two, lost in 1940. However, after several dives it was eventually found to be a much earlier German submarine. A Lamlash North Sea Diving team managed to get some clear footage of the U-boat, allowing accurate identification as U-31. 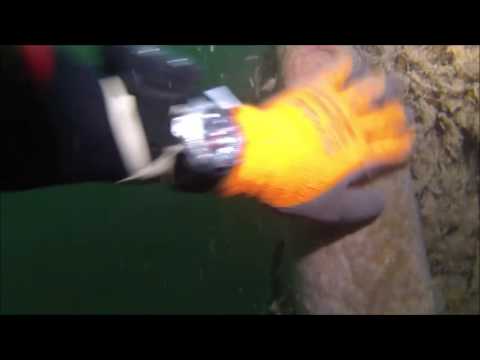 “Unravelling the whole story behind the submarine has been fascinating,” said Charlie Jordan, project director with ScottishPower Renewables.

But up to now no one knew where two of the ships were, including U-31, said marine archaeologists Mark Dunkley.

U-31 left port from Wilhelmshaven and last transmitted on the 13th of January 1915. It’s believed the ship hit a mine and sank with all four officers and 31-man crew. And although scans in the last two years have found more than 60 wrecks in this area, this submarine was “entirely unexpected”, an SPR spokesperson said.

“After being on the seabed for over a century, the submarine appears to be in a remarkable condition with the conning tower present and the bows partially buried,” Mr Dunkley said.

“The discovery serves as a poignant reminder of all those lost at sea, on land and in the air during the first world war,” he added.

As an official military maritime grave, the wreck of U-31 will remain in its final resting place. SPR has given assurances that if the development of the area goes through, U-31 will remain undisturbed.

“It’s heartening to know that the discovery will provide closure to relatives and descendants of the submariners lost who may have always wondered what had happened to their loved ones,” Jordan concluded.