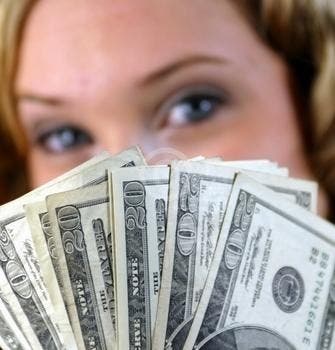 It’s generally known that people of above-average physical looks are at a greater social advantage than people of average or sub-average appearance. Beautiful people are known to be more successful, happier and more financially fulfilled. Regarding the last part, there’s always been a controversy regarding the economics behind this kind of superficial advantage.

Renowned economist Daniel Hamermesh of University of Texas at Austin, decided to explore the concept and provide an insightful view upon the correlation between one’s physical appearance and income in his recently published book, Beauty Pays.

“In economic terms, beauty is scarce. People distinguish themselves and pay attention to beauty,” Hamermesh says. “Most of us want to look better so we can make more money. Companies realize that hiring better-looking people helps in various ways. In every market, whether it’s jobs or marriage, beauty matters.”

In the most comprehensive study of its kind to date, Hamermesh gathered and correlated date from both his own research and that of numerous other scientists to paint an accurate picture of the economics behind beauty. Beauty is indeed in the eye of the beholder, however much of the populace can generally agree upon what can be considered attractive.

After stabilizing the countless factors to the closest nominal denominator, like studying people of similar background and education, but of different physical appearances, Hamermesh was able to assert some palpable claims. He found that the best-looking one-third of the population makes 5 percent more money than average-looking people and 10 to 12 percent more than the worst-looking people. This doesn’t mean that better looking people automatically get a bigger salary, but just a direct consequence of the fact that beautiful people have an easier time scoring better paying jobs or advancing up the social ladder. Connections quite probably represent the most important asset in the business environment and a good looking individual will generally manage to do better social-wise.

One of the economist’s leading claim, and maybe most evidence to the financial contribution physical appearance has, is that the best looking people earn an extra $250,000, on average, during their careers than the least attractive people and are more likely to remain employed, get promoted, and even secure loans.

Surprisingly enough, beauty affects the earnings of men in the labor market more than women, since apparently women have more options outside the workforce. Beautiful women are statistically known to marry high earning men, an economic factor which contributes to the documented trend that good-looking people are happier.

This doesn’t mean however that people of average or sub-average appearance are miserable or don’t succeed in life, Hamermesh says.

“Take advantage of other things: brains, brawn, personality,” he says. “This is the economic theory of ‘comparative advantage.’ You work off the things you’re good at and if looks isn’t one of them, you try to de-stress that.”